Donal Kennedy, skipper of the Leah reported that on the 22nd July, a fishing party of family and friends from Foxford set out from Killala Harbour for a days fishing in the bay. The weather was fine, a little over cast with sun shining through at times and the winds were light. The day started with fishing fresh mackerel for bait and they were in plentiful supply.

As we drifted out the bay each drift produced a wide variety of fish including tub gurnard, red gurnard, pouting, scad, L.S.D.’s. A move out to a little deeper produced some fine pollock, the best weighing about 6lbs. Among the other species that were caught were ling, poor cod, grey gurnard and cod. The best fish of the day was caught by Fiona who caught a fine John Dory weighing in at 3.5lbs. 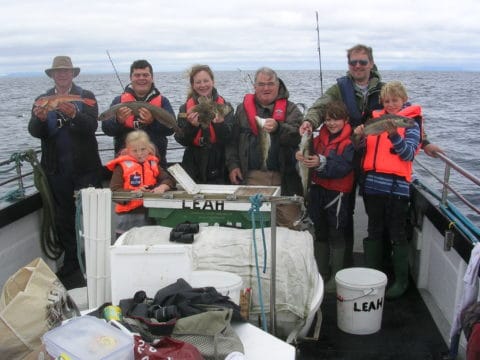