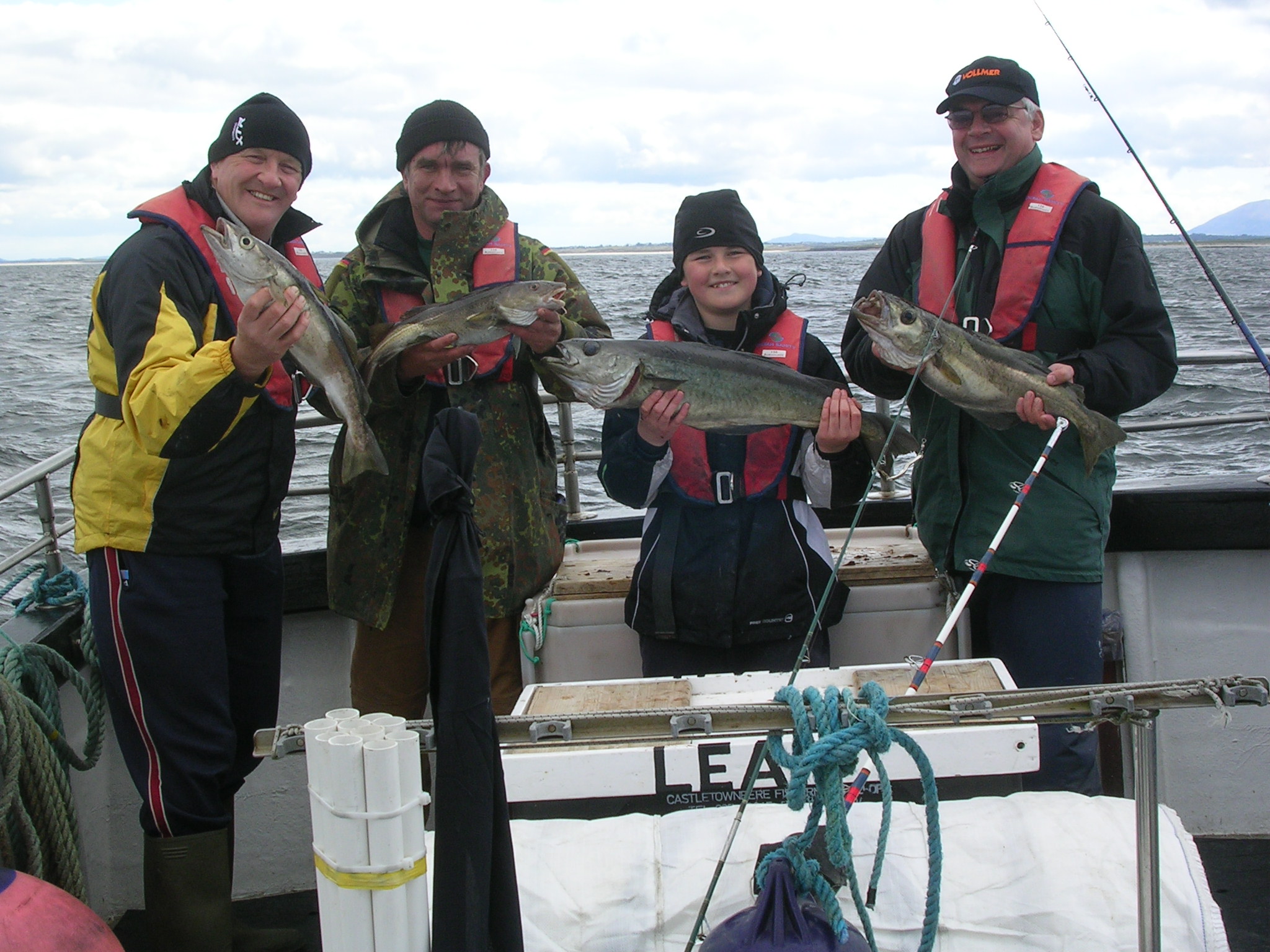 Skipper of the Leah, Donal Kennedy reported on a party of anglers who set out from Killala Harbour for a day’s fishing on Saturday 12th May 2012. It was the first outing for a number of days as the bay was hit by fresh to strong north to north easterly winds. A window emerged on Saturday and it took a while for the fish to start feeding. However, the angling party was not disappointed when some nice coalfish were caught. Additionally, the group had approximately 15 pollack with the best weighing close to 8lbs, two nice cod, a few cuckoo wrasse, pouting, and mackerel. 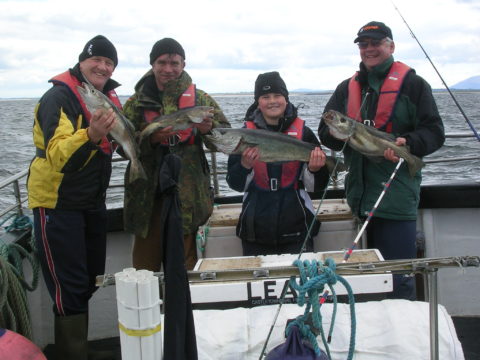