Gerard Doran of South East Angling Services spent a few days last week out on the water in search of Bass on lures and the fish were much obliged to take once an effort was made to ‘get out there’ and put the hours in as productively as possible. Gerard tells us:

Tuesday morning started off tough but slight changes were made which proved to be correct as it resulted in many fish caught over two different locations. Some special times were had as for a period of time a large shoal of bass boiled on the surface feeding on sandeels and the gannets and terns dived after the same prey not more than forty meters from my rod tip. All that activity of course resulted in the reel screaming line as the fish took hard and fast. A fair days angling was had using mainly soft lures such as Xlayers, Slug-go’s , Wave worms, Senko’s etc and Duo tide minnow being the hard lure of choice on the day. 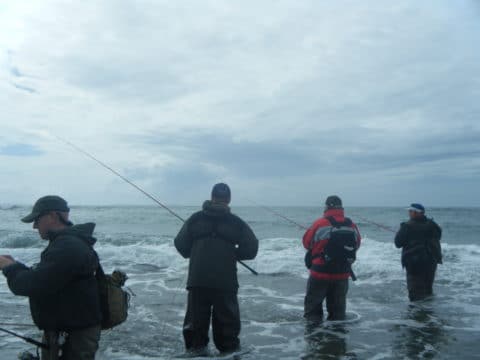 Wednesday was a harder days fishing all round with some weed about in the margins of some of the chosen venues but there was fish landed on the surface and indeed below on the usual array of hard surface lures and soft plastic lures rigged weedless to make life easy.There was a number of us fishing throughout the long days angling including some visiting friends from the Isle Of Man which insured the Jokes were flowing all day long. It is not always about catching huge numbers of fish in my opinion it is the angling experience as a whole that creates a day such as yesterday that any angler would remember for some time to come. 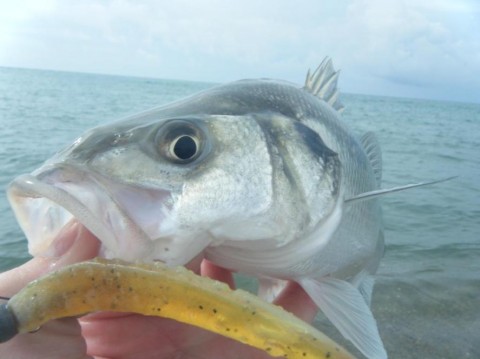