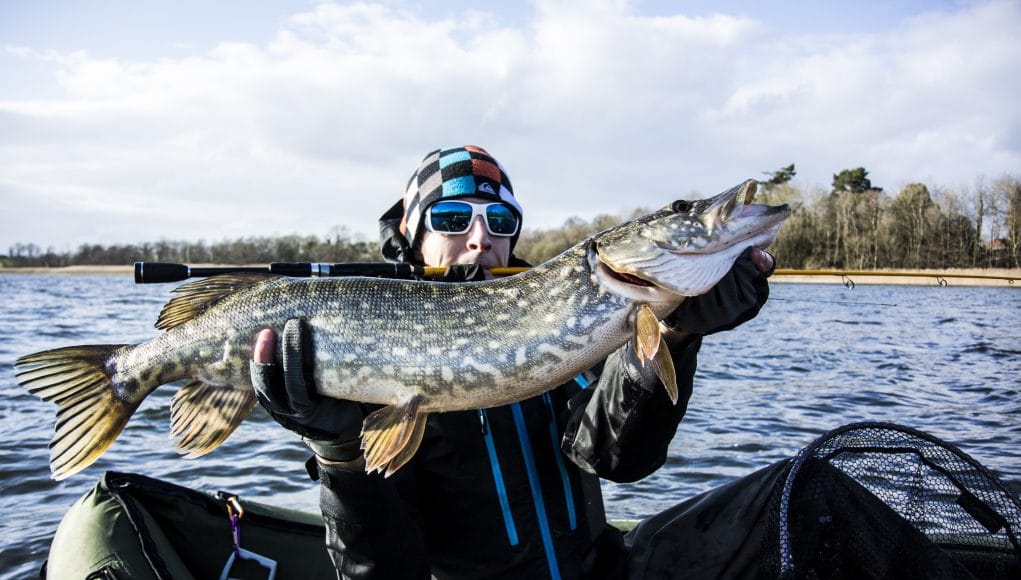 Rookie Bass Angler Steven Neely goes from plan A to plan B with good results.  He tells us:

The plan of attack was to hit a river first thing in the morning then after lunch, launch the kayaks and do a bit of lake fishing. Forecast had suggested it was to calm down in the afternoon and all was looking promising until we parked the car and looked at the river – it was still too high!

We decided to give it a go and see but to be honest it wasn’t looking very hopeful. A few missed hits from big perch was about all we had to show until I managed to nail a nice fish on an articulated, dressed jig and a small 3 inch Illex Ammonite shad as a trailer …. 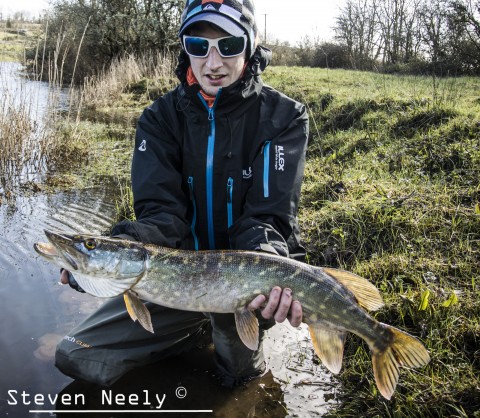 First fish of the day! It took the pressure off and gave us a bit of hope as we packed up and headed for Plan B – The kayaks!

Our optimism was short lived as we pulled up to the next destination to find the lake looked like a small sea and a howling 30 mph west wind pumping across it but it wasn’t going to stop us trying!

We set the gear up and headed out with a new found determination … half way across as we started to get rocked about in our inflatable I thought to myself ….we must be mad!!!

We struggled for the first while to set up a decent drift …. resulting in us being swept into the reeds several times and generally just getting into a right mess. We managed a few fish in our haphazard fishing style but it really wasn’t ideal.

Eventually we got ourselves set up and into a pretty fishy looking bay – lined with reeds, a nice sloping drop off and good structure on the bottom. We got anchored up, rigged up with the 150 Illex Dexter Shads and began casting along the edge of the reeds. The plan was to try and draw any fish out from the cover – it wasn’t long before the rods started to slam over and we connected with some lovely conditioned pike! 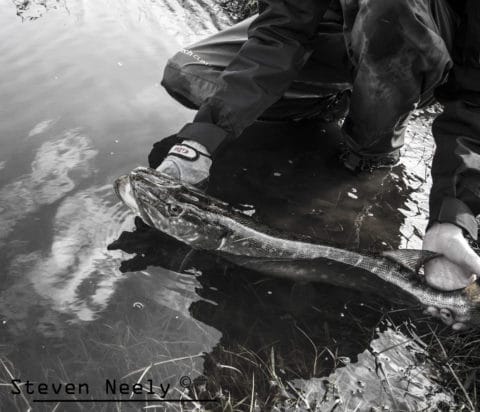 Moving spots no longer became an option – the fish were nailing the lures and there was no guarantee that we could regain as much control over the inflatable if we moved – so we stayed put! We continued to connect with some nice fish using the Dexters but I switched over and decided to try a smaller more aggressive type action – I stuck on the Illex Nitro 120 (tweaked with stinger and tweaked link system) and made a few casts.

They liked it … they liked it a lot! Whilst the dexter was doing the business along the shallow edges against the reeds I preferred the Nitro 120 when worked the drop off and slightly deeper water. I even nailed a few vertically jigging under the kayak.

After several casts into the area we located a slightly deeper hole which I began to work with the Nitro 120 on a slow linear retrieve ….. I had a few very subtle bumps and plucks …. maybe big perch? Wrong! Two casts later over the same area and the rod lurched over …. line started to rip and I battled with a nice pike which was determined to try and wrap my line around the anchor rope.

After some nail biting head shakes and lunges we safely landed the best fish of the day. 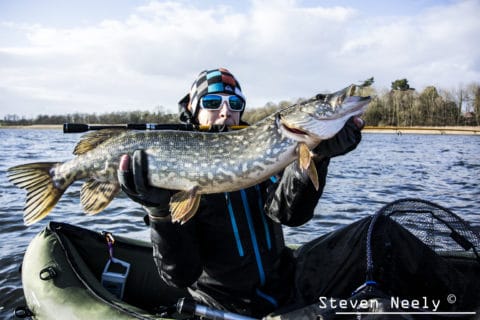 It was a rather productive day on the water after what looked like a shaky start …. it was by no means an easy session and believe me I was in no fit state when I got back …. the furthest I got was some food, a cold beer and the sofa.

It was interesting to note that some other anglers had been trolling up and down casting big jerk baits and larger soft baits like the savage gear line through trout etc. and they only had one or two fish in the same space of time.

Not saying these lures don’t work but perhaps due to marketing these lures have become the ‘only’ lures to pike fish with and therefore the waters get pasted with the same style of lures week in, week out …. Are pike becoming educated?

Either way our tactics worked well – time to wash the gear down, mend the lures and re-evaluate for the next adventure!