‘The surreal beauty of a spontaneous mayfly hatch, the heart thumping eruption of an explosive surface strike’
John Suhar 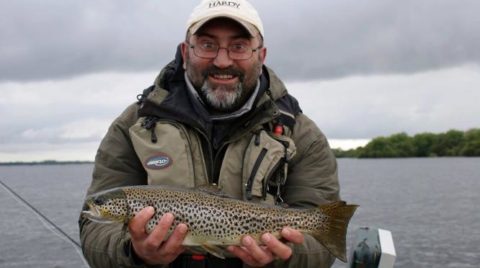 Harry McAteer, Belfast – angling mates of Harry’s wonder as to whose eyes are the biggest – Harry’s or his fish

For the past number of days and into the weekend Lough Sheelin has shown chameleon like characteristics, in other words a highly developed ability to change – a constant swerving from unbelievable rises of trout to not a stir on the surface water. If you were to pick out a constant for this week, it would have to be the amazing and spectacular hatches of the mayfly – Ephemeroptera danica with some evenings experiencing the biggest fall of spent ever remembered on this premier brown trout fishery.
Lough Sheelin is by no means an easy lake to fish, all regular anglers fishing this water always acknowledge and respect this ‘set in stone’ fact but Sheelin when it does deliver is undoubtedly one of the best trout lakes in the world with the very real possibility for ever angler to land that once in a life time heavy weight. A number of 6, 7, 8 and 9lb fish were recorded with large numbers of trout in the 1 ½ – 2lb bracket. Everywhere on this lake anglers are reporting good shows of juvenile trout which is encouraging and reassuring and bodes well for Lough Sheelin’s angling future.
For the past seven days Sheelin has seemed submerged in boats, jeeps, cars, boat trailers and anglers. Numbers averaged over one hundred each day on the lake with the evening and weekend fishing showing figures climbing towards the two hundred mark. The lake attracted fishermen from all corners of Ireland, with large numbers from Northern Ireland as well as England, Scotland, Wales, France, Australia, America and Italy.
I have had anglers this week buying permits with bags of 2 and 5 cent coins and others with 500 euro notes, modes of transport have varied from a thirty five year old Ford Escort to a £80,000 jaguar. Material possessions or wealth however make no difference out on this lake, for Sheelin is a tremendous leveler of all men and brings even the best to their knees with its twists and turns, intrinsically at tune with nature , its fish difficult to deceive with artificial and lures, the only guarantee is that this lake, spreading majestically over 4500 acres ensures that there is room for all.

Selection of the Catches..

Criostoir Hasty, Finea – 1 trout at 3lbs on a Buzzer pattern

Graham Bingsman, England – 1 trout at 2 ½ lbs on a Buzzer pattern.

Kevin Coyne, Kinnegad – 7 trout (all released) on Friday May 27th, fishing at the back of Church Island using a KsG spent pattern, heaviest at 5lbs.

Peadar McAvinney, Monaghan – 3 trout heaviest at 4 ½ lbs caught on Campto Buzzer using a Balling Buzzer at the back of Church Island.

Kieron Thomas, Wales – Kieron fished Sheelin throughout the week and caught fish everyday, his heaviest were two impressive 7lb plus trout (all released).
A catch & release policy is actively encouraged on the lake at all times 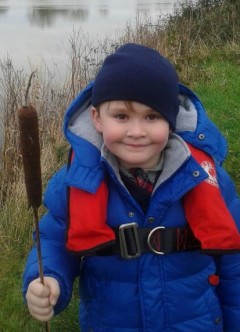 It won’t work if you aren’t wearing it…

Water rarely gives second chances and a life jacket is just that – it saves your life, so we would implore anglers and all other users for their own safety as well as it being the law under

We are now into the last week of May and traditionally the peak of the mayfly season on Sheelin but with the cold spring things are running a little behind schedule so contradicting the traditional May 23rd as the pinnacle mayfly point, so for this year Sheelin’s mayfly will undoubtedly stretch into mid – June. The bloom on the whitethorn always goes hand in hand with Sheelin’s mayfly, both peaking at the same time. As temperatures soared into the early twenties in the later part of the week, the may blossom sheathed the shoreline bushes like icing drizzled over green cakes and the mayfly matched this by hatching in their millions. This is a good time of the year, a time that is bursting with newness and life. 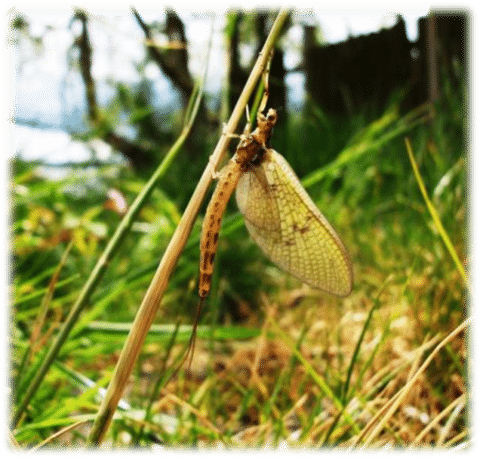 Now firmly entrenched in the mayfly season, it is difficult not to become fixated with these magical insects. Mayflies are among the most beautiful and delicate creatures of the natural world, they seem almost to belong to an unnatural one, as it seems as if they appear from nowhere. Silent in flight and somewhat mysterious, they are magical although somewhat vulnerable to wind and clumsy in their aeronautical displays. They are undoubtedly Mother Nature’s buffet for trout who feed copiously on the nymphs, emergers and spents.
But despite the abundance of mayfly hatches, the Sheelin trout did not seem locked on to them and dry mays only had a small degree of success. The heavy catches earlier in the week when the temperatures were colder, where predominantly caught on nymph patterns and buzzers. The trout were slow to take the adult Mays and only at the end of the week were their good rises to the spent gnat during the warmth of the evening.
The first two weeks of the mayfly season is often referred to as ‘duffer’s fortnight’ a time when reputedly even the most inept angler is guaranteed to catch a fish (and on Sheelin that could be a big one) but Sheelin is a difficult and unpredictable water and although there can be some very good times, catching a Sheelin trout has never been that simple a process.

Some anglers I find dismiss fishing a nymph pattern, overlooking it as ‘not real fishing’, these are the purists who stick rigidly to the dries and therefore reduce their catching considerably on this challenging stretch of water. Nymphing is I suppose a kind of chuck and duck affair and not as much fun as fooling a trout with a dry fly but still it has its place in the fishing world. When the trout are not focused on the mayfly as a primary food source and when the weather is cold like it was in the first few days of this week anglers that made the adjustment and fished nymph and buzzer patterns where the ones who yielded the biggest returns. The Gold-Ribbed Hare’s Ear and the Pheasant Tailed Nymph were the most successful patterns.

Fly fishing is not carved in granite………..

With the copious amounts of mayfly and the lack of interest from the trout, it can be surmised that the Sheelin trout are stuffing themselves sub-surface. Below the surface, more insect activity takes place. Some anglers claim 90% of the food trout eat is taken below the surface and this generally means nymph. Paul Marriner wrote a terrific article, titled the ‘Magic Inch’ which is where insects are just prior to emerging – in that top one inch of water.
The mayfly hatches at the surface with the nymphs making the arduous trek from the bottom to the top, many falling victim to the trout during their journey as they hang helplessly at the surface. The emergence process also takes a toll as many nymphs become trapped or crippled during transformation hence the reason why anglers should have a selection of the cripple an stillborn patterns with them. Splashy rises of trout are a real give away as to what the trout are feeding on as a rapid take would indicate that the fish are after a food that can make a quick escape whereas for cripples and stillborns meet with a slower rise from the trout because they know that the food is not going anywhere fast.

For now, Sheelin is swathed in mayflies, like snowflakes in the wind and in the evening the surface water is littered with struggling spent. Patterns swing been a mixture of traditional mayfly – both dry and wet and spent gnat variations. The Wulffs are doing well with the Royal and Grey doing the best. The Green Dabbler and Peter Ross feature highest among this tying. The nymphs and buzzers are The Hare’s Ear, the Claret Nymph, Pheasant Tail, Olive Nymph, Olive Buzzer, Fiery Brown, Grey Buzzer, Black and Epoxy Buzzer. Dry flies are the Mosley May, Ginger Mayfly, Green Mayfly, Daddy, Chocolate Drop and Post Hackle Grey Midge. The wet flies were Silver Invicta, Golden Olive Bumble, Claret & Mallard Nymph, the Bibio and the Dabblers (Silver, Green and Peter Ross)
The numbers fishing the lake where high and this was reflected in the number of fish recorded which almost reached 700.

Goreport, Bog Bay, around the Stoney Islands, at the back of Church Island, along by Holy Well and tight to the Western shore reported good trout catches. 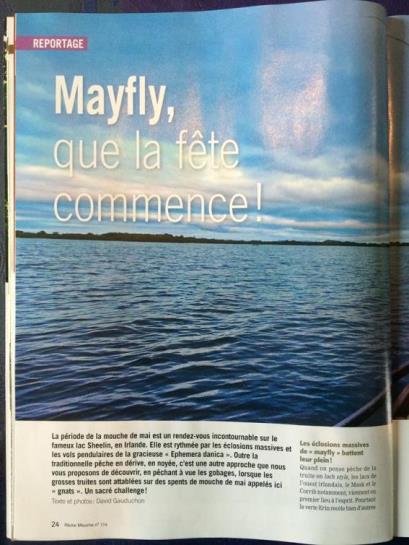 Some beautiful fish catches on the lake sheelin in Ireland. Magical land where we had the chance to discover the 4 seasons in one day

Lough Sheelin is immersed in mayfly and spent fishing at the moment but regards of the mayfly mania there are strict rules on this lake, enshrined in bye-laws which anglers must educate themselves to and adhere to, these are signs around the lake and also on the IFI web site. All anglers must have a permit before they go out on the water and they must abide by the size and bag limits and without wanting to throw cold water on any one’s enjoyment of this wonderful lake, contravention of these bye-laws will carry a fixed charge notice. 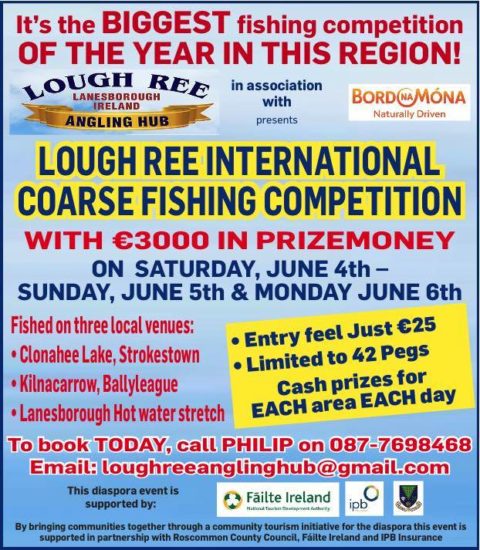