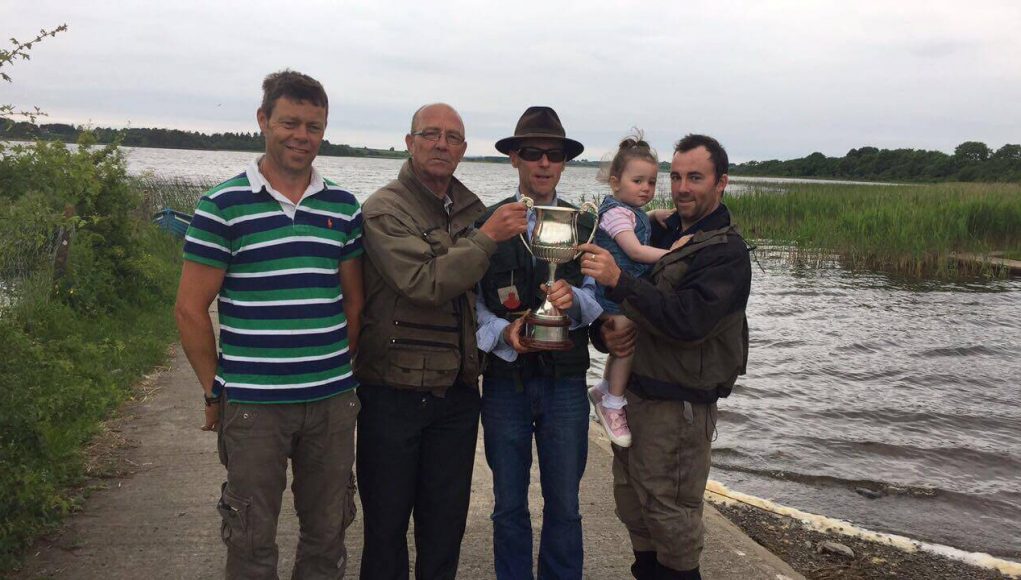 The Irish Pike Society had a very enjoyable fish-in on the wild western loughs this weekend past. IPS reports..

Tough conditions with strong winds and incessant rain didn’t deter the hardy bucks… Or late nights and pints! A few fish caught, no numbers but some quality. Best, and winner of the IPS “Golden balls eggcup” and a voucher from “Southside angling” was the redoubtable Al Rawlings with a nice fish of 29.04lb. Couple of other notable fish were a 25.15lb (118cm) and a 22.00lb. Fantastic hospitality from Eddie Lynch the owner of Fairhill House hotel in Clonbur, which was our base. Probably the guts of €5K pumped into a small rural economy on a wet winter weekend.

The Irish Pike Society (IPS) condemn in the strongest terms new regulations that allow the killing of four specimen pike (our native Irish predator) per day, per angler, in our premier limestone loughs.

Previous to this new bye-law, specimen pike were legislatively protected by existing laws that stated that all pike over 50cm should be released unharmed, with an allowed catch of only 1 pike of this size per day. This bye-law recognised both their economic contribution to angling tourism (€102 million in 2016) but also their beneficial effect on the relevant ecosystem. It also recognised the fact that over 70% of the angling community will not even visit waters that pike are killed in (ESRI angling report 2016). This new law will mean pike of any size may be killed, including specimens previously highly regarded by our UK and European neighbours.

The Irish Pike Society will be taking a high court challenge to this new regulation.