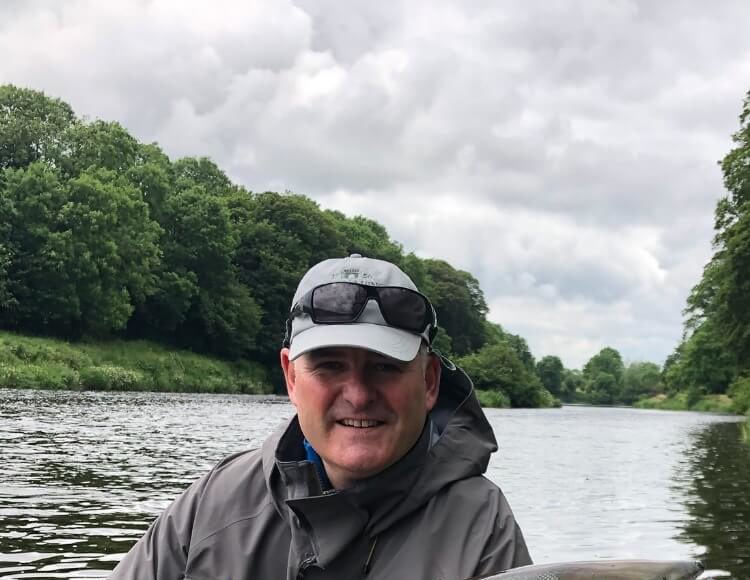 Updates from the Munster Blackwater…

Thank you to all who came to the Young Person’s Day on Saturday to help and also to all the young people for attending. We had fun and the day started off with Liam (11 years old) catching a lovely fresh salmon on the fly at the hut pool for all to witness. We talked about the lifecycle of the salmon, the salmon of knowledge story, St Patrick and the Salmon story. We kick sampled to see what lives in the river and the trees and bushes around. We dissected a salmon learning about the internal and external anatomy and had a wonderful BBQ after fishing.  Thanks also to Inland Fisheries Ireland who helped with the day and to Billy who donated the BBQ food, to Sean and Eoin Foran who supplied the butterfly nets and to Southside Angling and Tadhg Collins who supplied flies and snacks.

Since then the River has seen a good bit of action and on Monday and Tuesday some great double figure fish were caught and released.

Saturday kicked off quickly this morning at 9am with a fine grilse on fly off Cable Island on the lower river.  This was followed by another of ~5lb on fly at lunchtime from Ballincurrig on the upper river. The total fish caught for June is now 16 of which 10 fell to fly.
Nine have been caught on the upper river & seven on the lower beats.

Hans Schlect fished the upper beats on Monday 24 June and caught and released an extremely fresh fish of approximately 20lb on fly on Ballincurrig. He then moved to our very top beat Ballygarrett (just below Mallow) where he caught & released a rather coloured fish of ~12lb again on fly.

There were also reports of a couple of fish of 10 & 16lb caught just above Lismore & another double-figure fish also on the lower river.

It’s very interesting that the fish caught today were double-figure fish. Evidently the small rise has brought in late May fish that were probably lingering in the tidal reaches.
Let’s hope that there will be more of these fish caught in the coming days & that the grilse run will also become more prolific.

We had with plenty of fish caught and released last week but also a lot of fish lost. Robert Celement party from Germany had 4 fish off the Castle beat all on fly and all released so fair play to these guys as first time on the fishery. Pat Boland had a nice grilse of 5lbs. Fergus Crawford had 3 grilse. Shay Lynham had 2 grilse for his couple of days with us. Stephen Liggins from the U.K had a nice grilse.

Following Sunday’s rain we had 2 cracking fish landed were landed on Monday. Mike Brazendale from the UK with his 10lb fish released off the Glenmore beat. While Robert Celement from Germany had a 16lb fish off the Ellis beat.