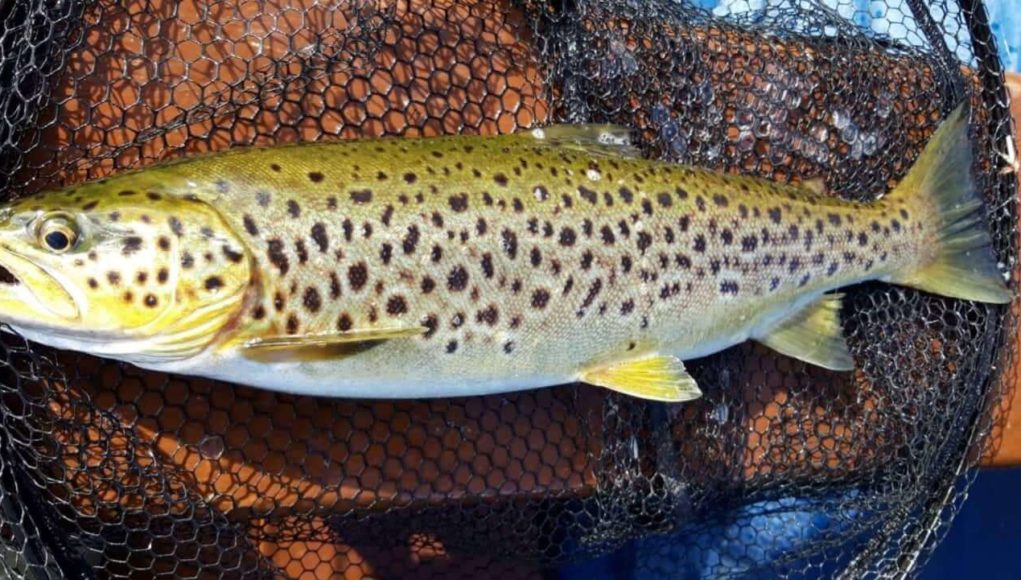 Declan Gibbons reports that angling pressure wasn’t too great on Corrib due to competition anglers focusing their efforts on Lough Mask in preparation for the World Cup Final, and the lake level rising with heavy rain fall especially on Thursday and Friday last curtailed activity but those that did get out had some good action.

In the Cornamona area Tom Doc Sullivan http://www.tomdoc.com reports that Ronan Creane, one of New Zealand’s top angling guides was home on a break to his native Roundstone in Connemara. Ronan looked after Tom brilliantly when he visited New Zealand last January so the pair arranged a day on Corrib when he returned to the homestead this summer. Ronan was accompanied by his dad Joe, one of Irelands top fly fishermen. Ronan proved he hasn’t lost any of his lough-style sharpness, boating 6 fish, 4of which were keepers, the best a beauty of 3lbs plus. All fish were caught on wets and returned. Tom and Joe had a couple of trout to share as Ronan stole the show.

Jason O Riordan and Dave Burke fished for 3 days out from Dooras while they didn’t have the same number of fish as their 3 days in August last year they replaced quantity with quality. They boated 9 fish for the 3 days, most of which were in the 2lbs class with a couple over 3lbs, caught on  both wets and dry daddies.

Basil Shields of Ardnasillagh Lodge (091-552550) reports of Matt Crawford and Keith Brown having good fishing for 1 day landing 6 fish on daphnia with the best fish being a pound and three quarters.

On Saturday and Sunday last Macon Keane, Galway and his brother Michael, Wicklow boated 4 fish for 2 days with the best being 2.25lbs.

In the Cong area Frank Costello of http://www.ashfordoldschoolhouse.ie  caught and released a super trout on a Tasmanian Devil estimated to be in the 14-15Lbs bracket which he sportingly released #CPR, Frank also had good wet fly fishing in the area on Tuesday last to wet flies.

In the Ballynalty area angler Richard Robinson on Sunday had a 60cm fish which took a dry sedge, Richard also had 3 other smaller fish all sportingly returned into Lough Corrib #CPR.