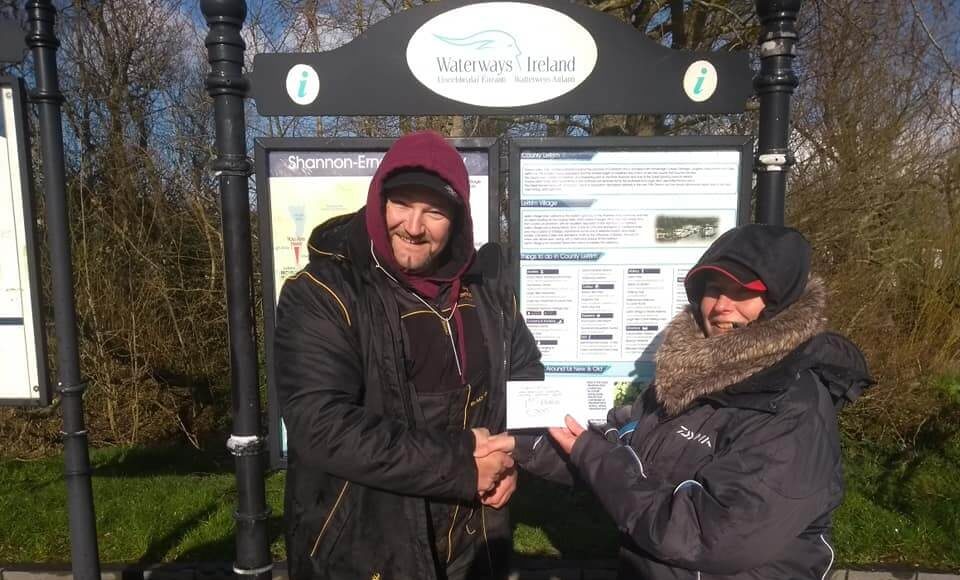 11 March: Final round of the Waterways Ireland Lanesborough Anglers Winter League, and it was a windswept Leitrim canal for today’s match, well windswept then snowing most of the day.

Going into this round I was 2 points clear at the top of the league but with both Ben and Chris Ganley only 2 points off it was going to be tight. When peg 1 stuck to my hand at the draw I was delighted as it had a bit more shelter/ I fished whip and pole all day. Everyone really struggled for bites today I managed to keep ticking over and ended with 55 fish for 7lb 9oz, which was enough for the win and the league title. I was delighted to win it as it’s been a good tight league and it all came down to the last match.

I have been using the new Browning flourocarbon hooklength line on all my pole rigs for the league and honestly think it has gotten me extra bites on them tough days.

Many thanks to Waterways Ireland for their kind support of the league, hopefully they will continue to support us going forward.

Mix of whip and feeder wins match of swollen Bann

4 species for young Aaron on the River Rinn