17 March: Back to O’Brien’s Bridge for the final match in this year’s Winter League. The Shannon was up, coloured and flowing like a train with all of us sat almost on the tow path. But it was like old times with the fish coming to the edge of the bank to feed. So, the whip came to be the method that would win the day.

Today’s match was won by 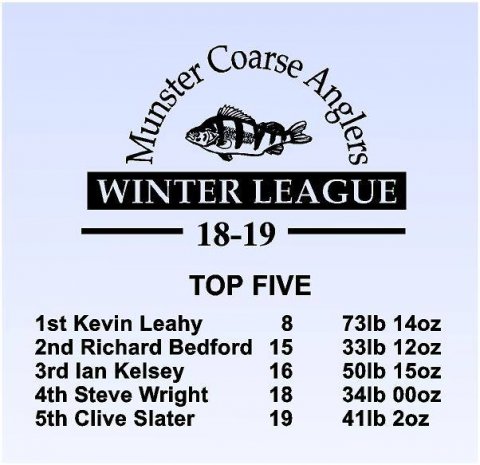 (Personally I would like to thank all members who participated in the competition all who gave there free time in bank and peg cleaning and generally made this year league a great craic, I promise not to let this victory go to my head and I will return to my loosing ways next year)