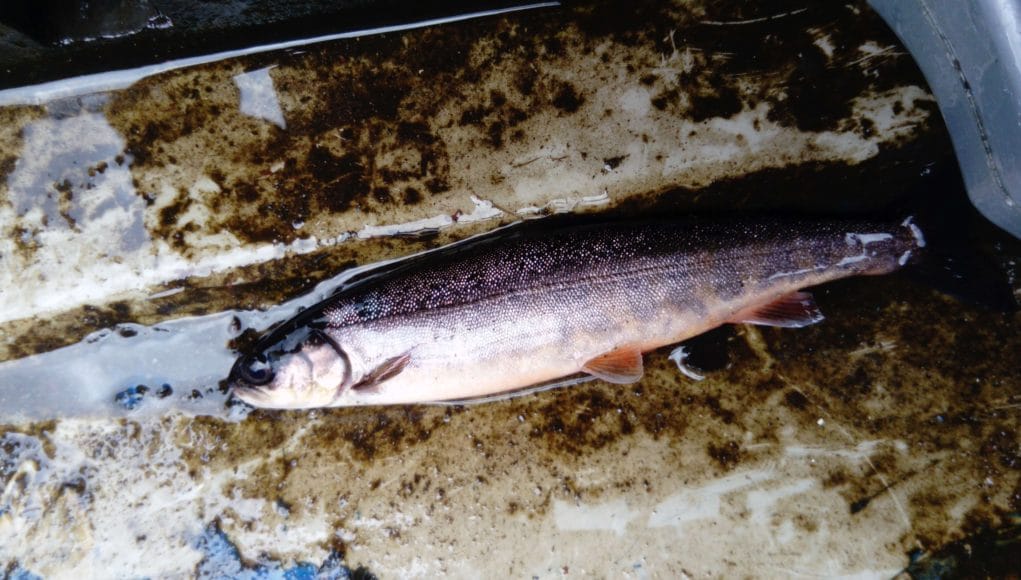 Fishery manager Brian Curran reports on fishing at Costello & Fermoyle over the last while.

Although the weather has been mixed for the past number of weeks, anglers have been out on the system despite the high wind and high water levels.

As the month of August came to a close, the fishery recorded  8 salmon and 192 sea trout plus a char.  Unusually for this system, David McDonogh, originally from the Spiddal area  caught and released the  char while fishing Glenicmurrin on Wednesday 28th August, boated by ghillie Cyril Conlon. The fish was caught on a Black Zulu, size 14. While holidaying in the area, David had spent a number of days fishing the system and had 1 salmon and 22 sea trout over 6 days.

Other notable catches were Dan O’Donovan , formerly from Cork but resident in Clonbur, Co Galway who had 16 sea trout on the 7th August and 10 on the 28th. The local angling club, Cumann Slat Iascaigh Chasla agus an Cheathru Rua ran a competition over two Sundays and 9 of their members on 18th August had 18 sea trout while 11 members on the 25th August had 21 sea trout.

Water levels are high at the moment and it is to be hoped that September will see a reduction in the amounts of rain and that the system will drop to more appropriate  levels for the time of year. Booking can be made through the web site, irelandwestangling.ie or contact the Fishery Manager, Brian Curran at 00353 872509722

Costello & Fermoyle is a jewel in Connemara’s crown, with a short, productive river draining a chain of lakes, all providing quality salmon and sea trout fishing. Salmon run the system from April, with the grilse run peaking in June, while sea trout start in May, with the most prolific runs in June and July. Fishing can be excellent right through September.