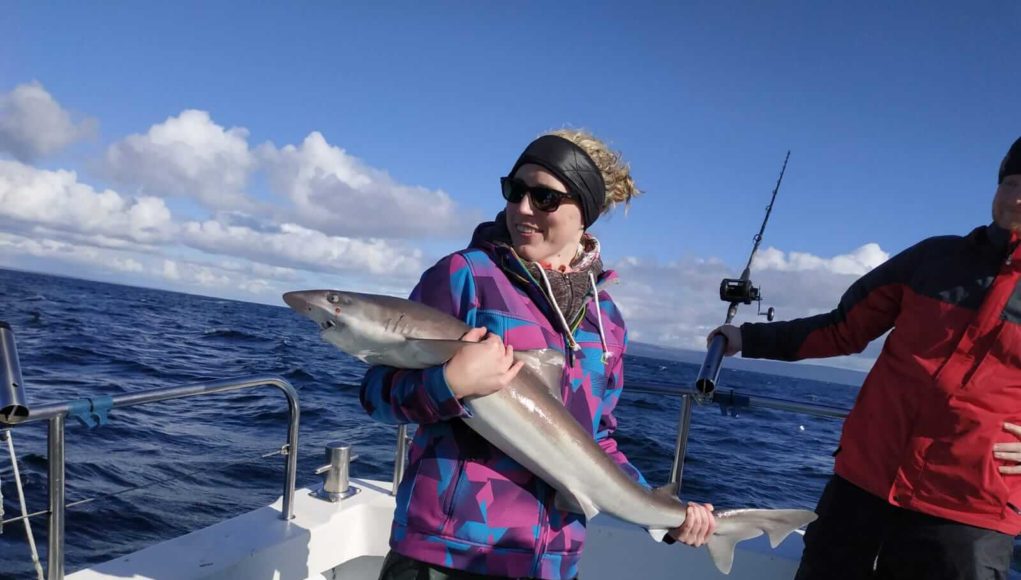 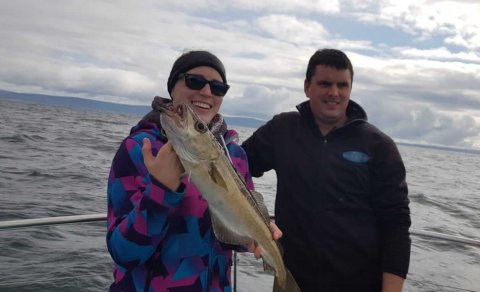 Bit of a morale booster trip last Sunday. With weather conditions being very poor of late it was a relief to be able to get out again.

We set out targeting pollack and wrasse mainly but with a very fast drift we changed tactics and put down the anchor.

We had action straight away with pollack on slow jigs. Some nice fish coming up steadily.

We had also set up some rods for tope/spurdog and we weren’t disappointed.

We had 5 nice tope to the boat with the same lost.

Fantastic day here in Galway Bay. Here’s hoping there’s weather will settle and we can get back at the shark.