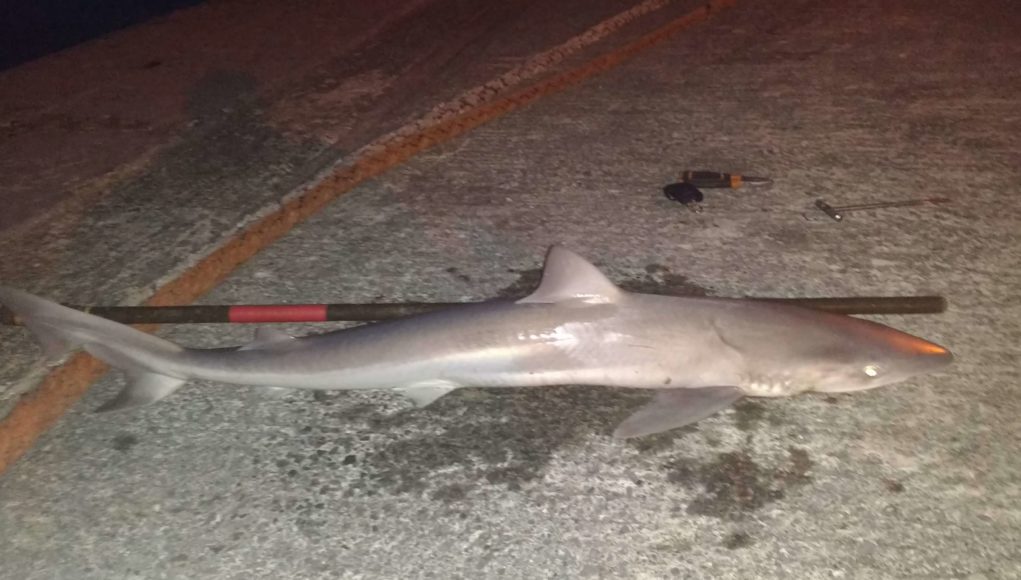 Peter Turner reports from the Shannon Estuary where he was fishing Cappagh Pier recently and caught a beautiful tope. Squid was the bait that worked that evening. Peter is no stranger to big fish having caught a few good congers particularly, but it was quite a sight to see the tope at the edge of the pier. Luckily it was a high tide and he was able to land it without too much trouble.

The tope was lip hooked on an 80lb biting trace,a 30ft 40lb leader and 20lb mainline. Using the stick as a reference the tope measured 1.6m, putting the fish at between 33-35lbs. Peter reckoned it might have been a bit more compared to some the 30 something congers he’s had.

Peter also had lots of conger from Ballyvaughan Pier and Tarbert Pier (on the other side of the estuary). A memorable moment was playing a big one in view of Shannon ferry passengers only to lose it as it thrashed on the surface. The conger bit through 80lb trace and was easily over 20lbs.