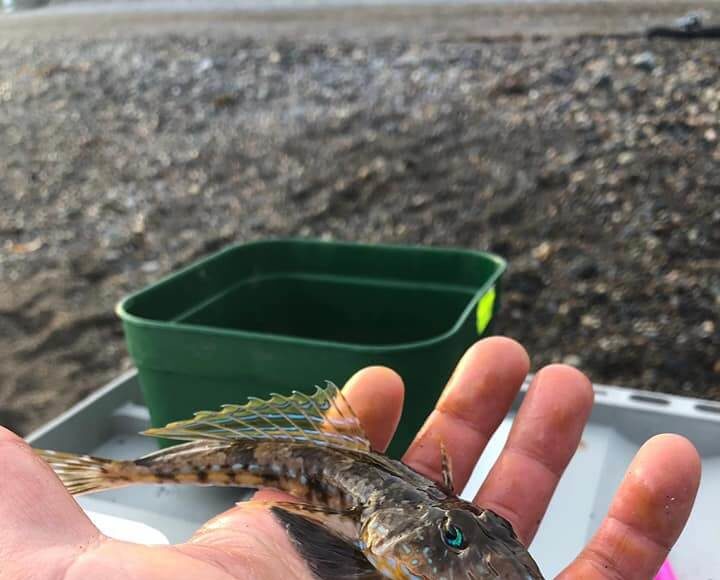 Some the east coast’s best anglers put in an appearance on Killiney beach on Saturday for a fishing meet and competition in aid of the Heart Children Ireland.

25 slightly rotund lads after their Christmas stuffing waddled onto Killiney beach on a near perfect day for fishing.

We had to curtail the entry to 26 anglers because of space and rough ground on the left of the beach. Fishing was expected to be fair with not much showing until darkness and the hoards of whiting turned up. The big hitters contacted the unlucky shiny pirahnas early and top up before the deluge.

As predicted when darkness fell all hell broke loose with anglers flying up and down the beach getting cards marked . Speed was secret for successful anglers with lots of baited traces at the ready. 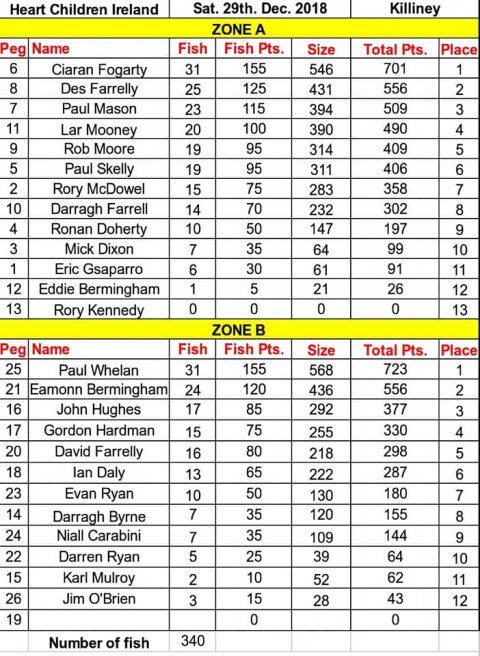 It was a very enjoyable day with members of the public intrigued by the event.

Congratulations to Niall for running a very successful competition in aid of a worthy cause , over €400 was raised for Heart Children Ireland.

I forgot to mention the most important people , “the anglers” thank you for supporting this event and buying the calendar.

South Shore SAC are running the first leg of a new innovate winter league this Sunday 13th Jan.
There will be four legs with the first two run early this year and two later in the year .

Fishing promises to be good with execllent catches in recent days, so sharpen up your 6/0 and enter a competition with a decent payout.