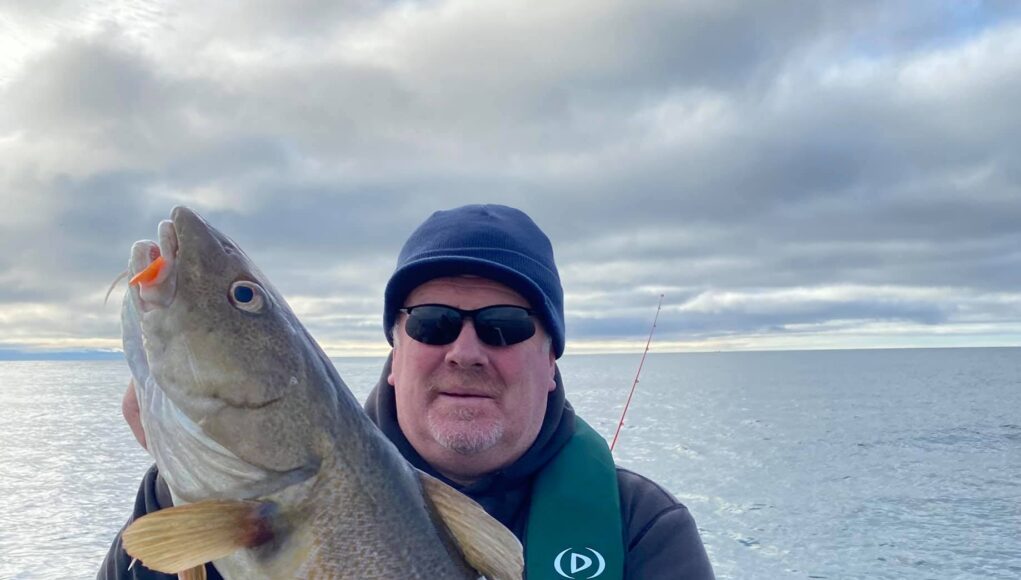 Share
Facebook
Twitter
Google+
Pinterest
WhatsApp
Jim Clohessy reports on his first afloat after a period of poor weather had kept him on dry land:
Well that was some December 1! At last, a decent weather window and we took full advantage. Launched from Paddy’s Point and headed for some lure work. Some fab fish about, a good variety of species all falling to mainly 60g heads and various bodies.
Went to anchor for a couple of hours and had a few skate. Best went to about 170cm but they were scrapping well. We had a good stamp of pollack, nice ling and good wrasse to go with the skate and cod.
It really was a cracking day; extremely mild at 11°C, it was more like early October than December. We saw loads of birds and dolphins around chasing herrings, sprat and by all accounts anchovies. Water temp was 10° With calm conditions, couldn’t ask for more.
1 of 4