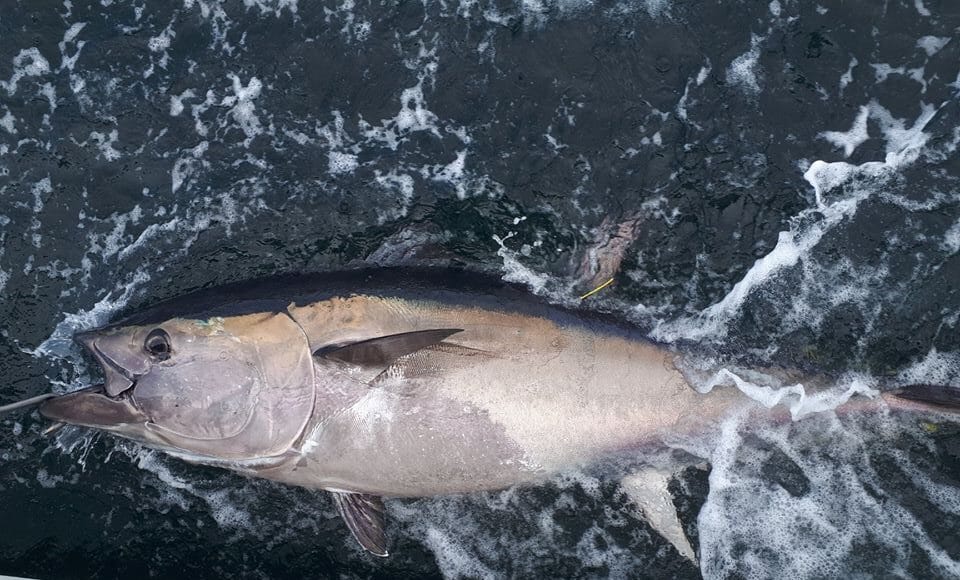 It was another very wet week as the classic Irish summer reigned supreme. Over the past seven days, rainfall amounts were above average, well above average in some places. Malin Head recorded 68.8 mm, close to three and a half times its average. With all the rain it’s no surprise that it was a cloudy week, with sunshine levels as little as 40% of what’s expected for the time of year. Despite the cloud cover temperatures were pretty good.  This may have contributed to some of the fantastic reports listed below…

We have salmon reports in from 10 rivers in Waterford, Cork, Kerry, Galway and Mayo. The common theme is that salmon are about in good numbers. Given the numbers of fish about, and the numbers of anglers pursuing them, now more than ever we need remember to Catch Photo, Release.

The unsettled weather was not so productive for trout anglers. Those heading out on the lakes found it particularly tough at times due to high winds. Corrib and Sheelin both had some good fishing to report but all in all results were pretty mixed. The rivers had been fishing well and we have a lovely report in from the Nore. Unfortunately, the high water seen on many systems has slowed down the trout fishing.

We have 2 coarse angling reports this week one from Muckno where the roach remained reluctant to bite and the other from Lough Sillan where decent catches of mostly roach were recorded.

We have lots of sea angling to report on, both boat and shore. Big fish abound, with skates, sharks and bluefin tuna all featuring. Michael O’Callaghan and his anglers on the Leah C win Catch of the Week for tagging and releasing the first bluefin of the year. Anglers are reminded to only fish from the bluefin tuna charter boats listed here.

Love this place, Leave No Trace

A new Government of Ireland campaign has been launched to tackle a growing littering issue throughout the country, particularly in some of our most scenic locations which have recently become littering hotspots. It is a joint initiative of the National Parks and Wildlife Service (NPWS), Waterways Ireland, Inland Fisheries Ireland, Fáilte Ireland, Sport Ireland, The Department of Community and Rural Development, the Office of Public Works, Coillte and Leave No Trace Ireland. We ask all anglers to do their part. Find out more here – National Awareness Campaign launched promoting responsible behaviour outdoors to combat increase in littering

Dry and warm over the weekend. However, heavy spells of thundery rain will occur on Monday and for a time on Tuesday. The good news is that will remain warm til the middle of next week. I’d be making excuses to go fishing if I was you…

Arrow still worth a cast