Michael Flanagan reports from the midlands:

The Royal Canal is coming up trumps for pike anglers these days, as many of our lakes are in flood, and the likes of the River Inny is also high and discoloured on some stretches. We do have some smaller Lakes that are not affected too much by floodwater, but the high winds just made it very difficult to fly of lure fish for pike.

We are blessed here in the greater Mullingar area that we have some of the best stretches of pike water on the Royal Canal system, and anglers are catching some nice fish. Last Saturday I met a young French angler who had traveled down from Dublin by train to fish the Royal Canal and was rewarded with a huge pike of 92cm in length. 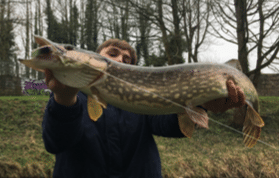 We chatted for a while and fair play to Benoit the young French angler he send me the picture of his prized catch, and it’s a super pike from the Town stretch of the Royal Canal. Unfortunately the picture is not good enough quality for print, but it’s fine for the web and social media.

I also met David Murray of Longwood on Sunday morning; we featured David back in January 16th with his River Inny Monster. David was doing a spot of dead baiting along the Royal Canal. 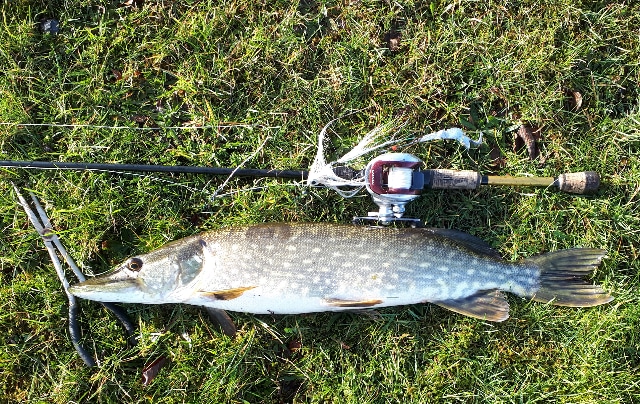 I also wet a line Saturday and Sunday, and was rewarded with some cracking pike on the fly. I rigged up some light spinning gear, and some led shot on the flies to get a bit of casting distance, and the pike hammered the flies. 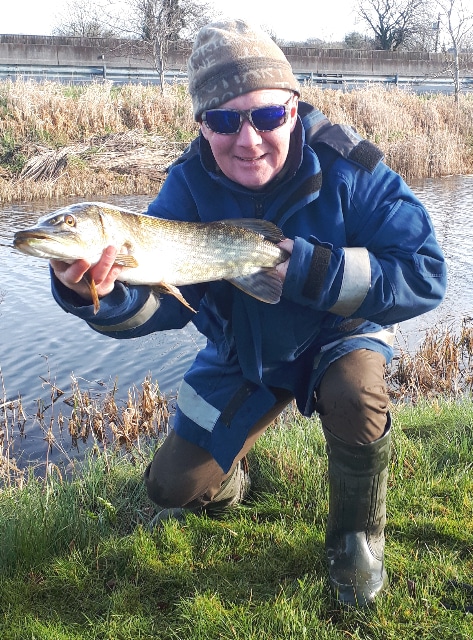 Some Canal walkers were completely surprised that pike of this size, and quality were keeping an eye on them as they walked the banks. 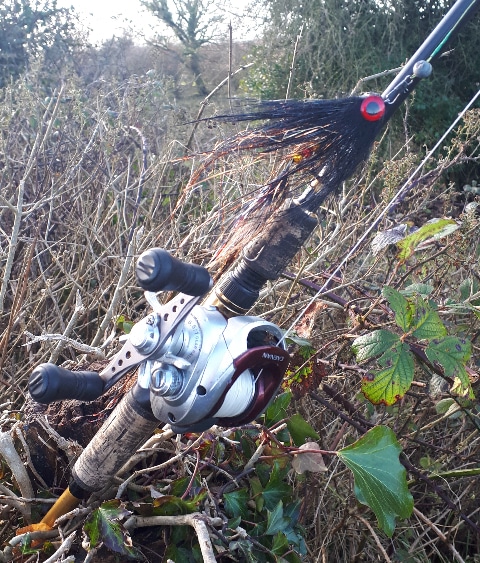 A big thanks to those who took a few pics for me, as I was on my own and miles from the Fish Mobile.

The Royal Canal is permit free, and Inland Fisheries Ireland angling regulations are in place. Plus plenty of signage is visible near bridges regarding these laws on fishing the Royal Canal.