Garreth Maher had an interesting day out piking in Lanesboro recently:

I went to Lanesboro, Longford on the Shannon for some pike fishing. I arrived, set up a couple of rods and while I was at the second rod my friend called me shouting my name and I looked around to see my rod flying into the water as a pike made off with it. About an hour later I saw him near the top of the water I cast my other line on top and managed to get my rod back and land the pike. It was quite a saga! Nice pike, weight unknown.

He wasn’t finished with that and managed another decent pike to make an eventful day even better. 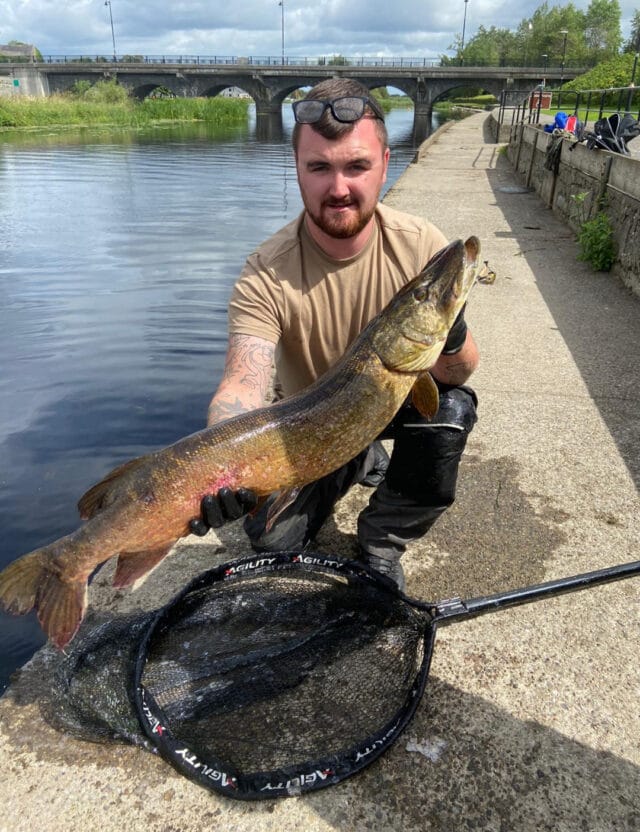