Authorised fishing charter boats taking part in the TunaChart catch-tag-release fishery have had bluefin tuna all along Ireland’s Atlantic coast. Boats in Cork, Clare, Sligo and Donegal all reported success in the last week. 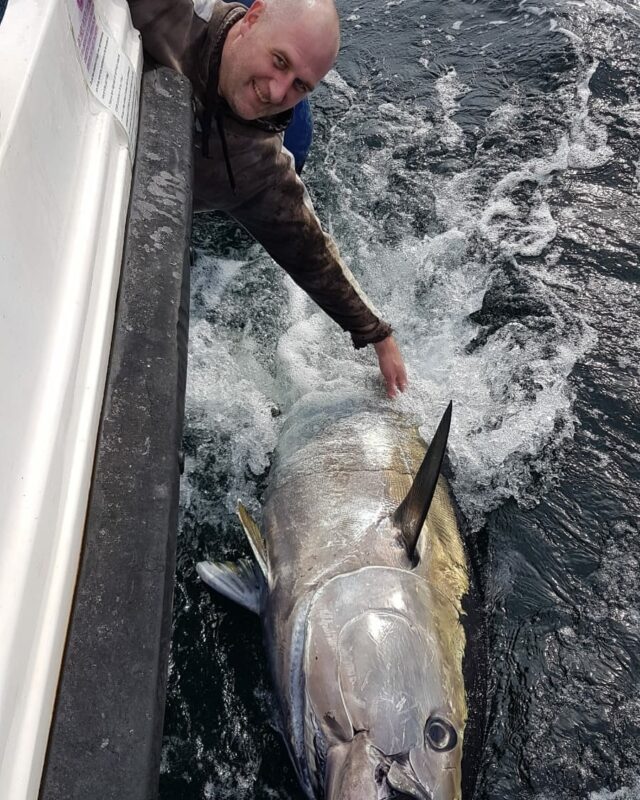 Congratulations go especially to those boats who got their first fish of the the season. Sarah Marie in Sligo got their season off to a great start earlier this week with 3 bluefins to around 540lb.

Tony Tate’s Tigger in Cork endured some hardship this week when the center rigger was absolutely smashed to pieces by a giant bluefin. The tuna remained hooked and gave the team one hell of a fight. Eventually they had him at the back to the boat only for the hook came flying from his mouth 6 feet from putting the lip gaff in him. This was just one of  3 bluefins lost over 4 days. They finally hooked, fought, tagged and released a 600lb giant yesterday.

Other boats that tagged fish in the last week include the Rebecca C in Ballycotton, Clare Dragoon in Carrigaholt, Kiwi Girl in Mullaghmore and Deep Blue in Killybegs.

Go Fishing Week 2021 programme of events to get people “hooked”...