Weather in October forced postponement of the All Ireland to 27th December. Despite flu season 21 fished split 6 U18 – 15 U12 with 3 first time fishing and 2 first time competitive boat fishing. A very tough days fishing compared to the same day the last 3 years all caught fish with Dabs, Dogs and Whiting accounted for most of the catch.

The individual boat winners were:

Thank you to Liam McDonnell for travelling to represent Leinster, despite his best efforts the Inter-provincial Champions were…

These days are made possible through the generosity of:

Thanks to Sean Og and John Dennehy for photos and to Crosshaven SAC for use of the Clubhouse.

Happy New Year to all who participated/assisted. 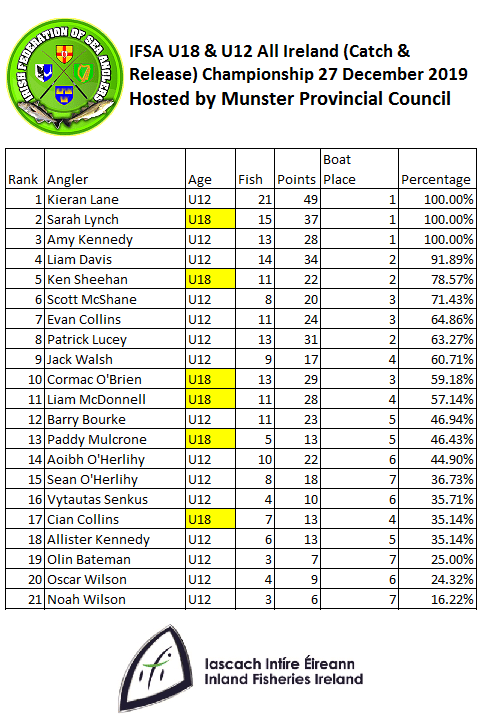