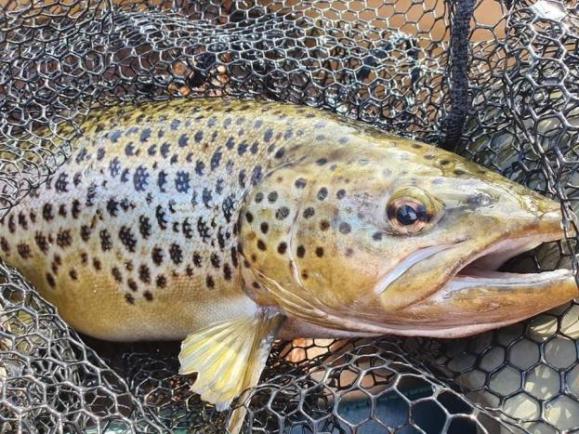 ‘There’s a fine line between saying too much and saying too little. I walk that line like a drunken clown at the circus’ (anon)

This week it was hard to escape from our present pandemic, those increasing restrictions, the constant cleaning and disinfecting and of course the most alien one to us all – social distancing.

Still, it is amazing how quickly it has almost become intuitive to back away from another human being.  These are difficult times for everyone with Simon Coveney’s contradictory words on March 13th summing up life as it is now – ‘we must pull together by keeping apart’.

With self isolation being the words most bandied around, Lough Sheelin fits that bill, 1880 hectares of aquatic seclusion and for this week a steady number of anglers have been availing of this watery solitude. Water levels have shrunk but not enough for the full complement of boats to return to the various mooring spots around the lake.  Temperatures ranged from 6.3 to 6.5 degrees keeping the trout predominantly down in the deep. Nightly frosts, north to easterly winds and bright sunshine made conditions challenging for the fly angler and placed Lough Sheelin’s trout catches into the lure category for another week.  The lure anglers are doing well, producing great fish in beautiful condition, the majority of which are released.

Minkies, Zonkers, Cat’s Whiskers, Humungus and Ace of Spades along with an array of plastic and metal quite simply are what is working at the moment on this lake.

It is as yet too early for the fly angler to ‘come into his own’ here, it still feels like winter, with those harsh northerly winds, chilly nights and drenching showers reminding me of a quote from Izaak Walton’s book The Compleat Angler – ‘And for winter fly-fishing, it is as useful as an almanac out of date’.  It is understandably hard for the purist fly angler to have to endure great fish being caught on a method that is alien to his every being but none the less it all comes under the heading fishing, so all is fair in love and war.

On March 8th a Lithuanian angling club – DH ANGLING held the first leg of their fishing league on Lough Sheelin.  This is a spinning fish club with 34 members and 17 teams in the club, all of whom took part on the day.  DH Angling operate a strict catch & release policy.  This was the first leg of their competition and Sheelin did not disappoint with 44 trout over 36cm being recorded, the biggest trout was 61cm with an average length of fish at 49cm.

The wheels of change are, however, turning here, we are barely into this brand new trout season and for every week that goes by we are progressing into spring which means temperatures are already going up a notch which is enough to start the Chironomid midge hatch, warmly known to the fly anglers as buzzer hatches. The arrival of these flies signals the start of serious feeding for the trout and some seriously good sport at last for the fly angler. While there is no need to get bogged down in entomology  it is a distinct advantage for the angler, in the interest of success, to understand a little of the lifecycle of this, one of the most underestimated flies in the fly angler’s armoury, the humble buzzer.

Buzzers go from eggs to larvae (bloodworm) to pupa to adult. It is the pupal stage, when it ascends to the surface of the water, that anglers imitate, that are called ‘buzzers’.

In cold and breezy weather, the trout will be well down in the water, gorging on the pupae, waiting for the improvement in weather conditions, particularly a rise in temperature combined with falling wind strength and this will cause the pupae to ascend to the surface in such numbers that they will attract the trout to the surface even on the earliest of spring days so anglers need to be on the alert.

There were a few fly anglers this week pottering about, keeping close to the reeded shoreline around Kilnahard and Bog Bay, watching closely for any surface activity induced by small hatches of duck fly, with a dry fly on the ready. Patterns were generally black with an appropriate rib to offer up the colour whether it was olive, bright green, red or ginger. Black Pennells and Connemara Blacks seemed to be the favourites.

The favourite flies being used in the wet fly teams were Dabblers (as top droppers) – Claret, Green, Silver and Fiery Brown, Pheasant Tail (on the point), Hare’s Ear Black Pennels, Golden Olive Bumbles, Claret Bumbles, Glister Ollie, Sooty Olives, Claret Bibios, Buzzer Emergers and the Yellow Owl. The Yellow Owl was a new one on me but apparently the CDC version represents a wide range of midge hatches, the body hangs just below the surface film where the cdc will keep it buoyant.

The fly anglers are a stoic lot and there were a few equipping themselves with dry flies as well as lining up the teams of wet. Now heading towards April we should be seeing the odd olive hatching here which means dry olive patterns coming to the fore.

Some of this weeks flies
1 of 8

The lures that worked best for the past seven days were a Gold & Black Humungus with beaded head (using a figure of eight retrieve on an intermediate line), Black or Olive Snakes, Black and Silver Minkies, an Ace of Spades and a Black Zonker.

Best areas for this week were down along Crover shore, Stony Island, at the back of Church Island, Merry Pt, Inchacup, Bog Bay, Rusheen, Chambers Bay, mid lake and from Kilnahard down to Holywell. Cold easterly winds dominated for the week which predictably did not die down until sunset on the lake forcing anglers to seek more sheltered areas in bays and inlets. Sheelin is still at flood level the only advantage being the ability to access between islands which would be treacherous at normal water levels.

Selection of catches
1 of 8

Remember to keep a rod length apart from other anglers and members of the public if you are planning on going fishing in the next number of weeks. Try to minimise contact with objects that others need to touch (such as gates and stiles) and use disinfectant hand wash before and after touching those objects yourself. 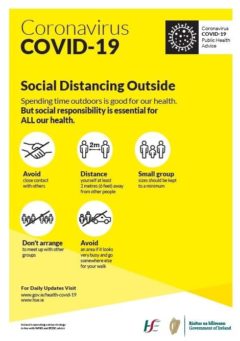 ALL FISHING COMPETITIONS ON LOUGH SHEELIN ARE CANCELLED UNTIL FURTHER NOTICE

The biggest fish for the week was an 8 pounder caught by Owen Pickersgill, Slane using a lure.