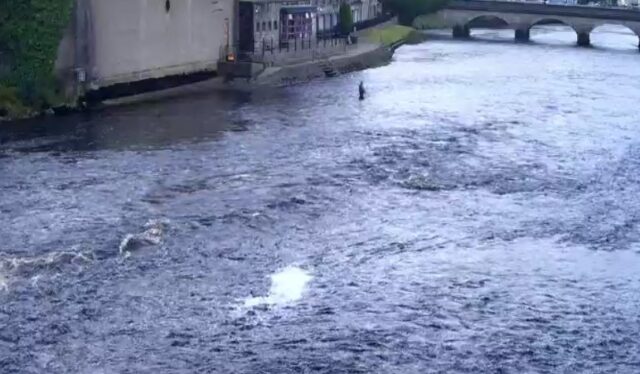 A week of two halves with the first part of week having no water and the latter part of week too much water. Water levels at the start of the week at Ballylahan Bridge were 0.297m and with a surprise yellow rain warning mid-week water levels peaked at 1.889m by Thursday and then levelled off to 0.678m on Sunday night. Water temperatures remained around the same at 12˚ to 13˚Celsius throughout the system. Most fisheries in the Moy catchment remarked about the lack of anglers active. Still, 84 salmon were recorded caught with a good percentage of these released again. Only two weeks are now left in the angling calendar year to get some last casts for the year.

Reports were as follows:

Mount Falcon Fishery reported 11 salmon for the week, the best of which weighed 7 lbs.

Knockmore Salmon Anglers produced only one salmon as angling activity was very low.

Attymass Anglers had only one fish too for the week.

Coolcronan Fishery reported 3 salmon caught for the week, all caught on the prawn.

Byrne’s Fishery reported 4 salmon, all caught on the prawn.

Reports suggest that Foxford Town Beat returned at least 2 salmon for the week.

Reports from Cloongee Fishery reveal that 3 salmon were caught with 2 returned.

East Mayo Anglers produced 18 grilse with 11 of these released.