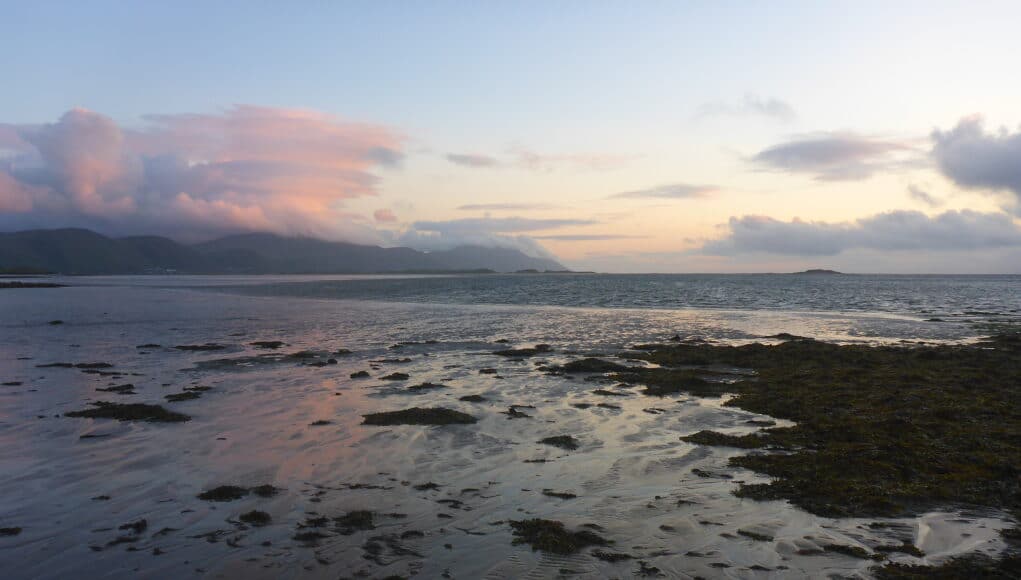 The early part of the week saw a continuation of the calm and warm conditions which have dominated our weather for quite some time. These dry conditions continued to impact on the majority of trout and salmon fisheries around the country with many rivers running extremely low and very few signs of fly life on the loughs. As a consequence, trout fishing reports were still very scarce this week with anglers on Lough Conn finding conditions extremely difficult. However, after the recent heavy rains, mainly in the northern and western half of the country, there is growing hope among game anglers that the next few weeks could provide much better fishing and a “happy end” to the remainder of this year’s trout and salmon season.

Salmon fishing was equally slow on the Blackwater and many other salmon fisheries in the southwest with the exception of the Ilen and Cohmolla rivers where decent fishing has been reported. Low water levels and warm water temperatures also made angling difficult on the Moy, while a report received for the River Boyne suggests that there were some nice catches of salmon and grilse between Drogheda and Navan during August.

Over to coarse angling, where tough conditions with average daily temperatures of 25 degrees plus baking sunshine and not a breath of wind made it difficult for competitors of the first annual Strokestown Autumn Angling Festival. However, after three difficult days, Andrew Burnett scooped 1st price with a total weight of 92lbs. 13oz keeping him clear of the chasing pack.

Staying in the Midlands, Belmont Anglers reported on another successful competition held on the Grand Canal with good numbers of tench recorded.

Pike anglers were equally quiet, with just one report received by Steven Powell of Lure Guides from the Erne which is probably no wonder as many of Ireland’s top predator anglers took part in this year’s Lough Ree Predator Challenge which was fished by a total of 24 teams and won by Tomy Kurman and Jacek Gorny known as the “Disco Team”.

When warm and calm weather impacts on freshwater fishing, sea angling is usually at its best. So it is no wonder that sea angling news is dominating the Irish Angling Update again this week! In Co. Cork, a number of authorised bluefin tuna boats had their first fish of the season in the last few days, while their colleagues in the northwest continued to catch fair numbers of good size tuna during the week.

Clare based skipper Luke Aston has been having some great mixed fishing including some nice spurs and fair-sized cod. Fellow Clare skipper, Sean Maguire, on the Lady Gwen II has also been providing some great fishing opportunities to guests lately. Our Catch of the Week also comes from County Clare where young angler Denis Foster had a fantastic sea angling debut on the Shannon Estuary. Well done Denis! Read the full report here!

Further north, in Galway Bay the red tide seems to have cleared allowing shark fishing to resume again. John Fleming managed to put some of his guests over some blue shark as soon as he could. Also in Galway Bay, Kevin MacGabhann, skipper of the Maighdean Mara, has been out targeting whitefish, with some fine fish coming aboard.

As a result, the agency initiated 119 prosecutions for fisheries-related offences in 2020, compared with 67 prosecutions in 2019. It also seized 1,287 illegal fishing items last year, up from 788 items the year before. Officers issued 240 fixed charge penalty notices last year, compared with 158 in 2019 and gave 756 cautions, up from 425 cautions in 2019. Read the full press release here.

Tomorrow, Saturday, will be a fresher day with a mix of cloud and bright spells. There will be well scattered light showers over the northern part of the country, with more isolated showers to the south. Highest temperatures of 15 to 19 degrees, coolest in the northwest, in a moderate west to northwest breeze. The outlook is for more changeable weather with heavy rain possible in places  Sunday and on Monday. However, early indications for the second half of the week are for a fair amount of dry weather mainly in the west and southwest.