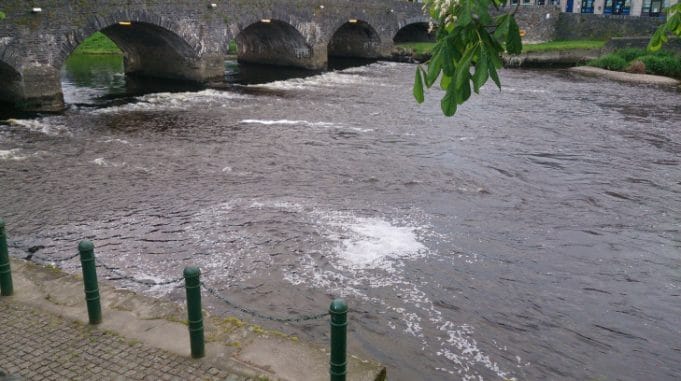 Steven McKenna from our South Eastern RBD office reports on how the season went on the River Slaney:

The Slaney season started on April 1st but, as with the rest of the country, Covid restrictions were in place up until early summer and these restrictions really did impact the levels of fishing and numbers of fish caught for the early part of the season. Nonetheless, a few lucky anglers who lived within the restricted distance of the river did make the most of it and reported the odd good salmon being caught.

By mid-May, restrictions had eased allowing more anglers to access the river to fish, with this increased freedom of movement, along with regular spates on the river, there was some exceptional fishing for all fisheries, particularly the upper end of the catchment.

By the end of May into early June there was a very good head of fish throughout the system and anglers reported some excellent fishing at times. By mid-June things had quietened down as a lot of salmon anglers who fish the Slaney will traditionally venture off to other rivers throughout the country to target summer salmon, or instead turn their attention to sea trout fishing.

July usually sees big runs of sea trout return to the Slaney and its tributaries, but this season was quite the opposite; runs of sea trout during July & early August were much slower than previous years, possibly impacted by low water and high temperatures. By mid-August sea trout did show up on some of the systems within the catchment, anglers reported good fishing on the river Boro & mid-Slaney.

The end of August brought the salmon & sea trout season to a close on the Slaney and its tributaries and, overall, the 2021 season will go down as mixed one, with good salmon fishing but a mixed season for sea trout.