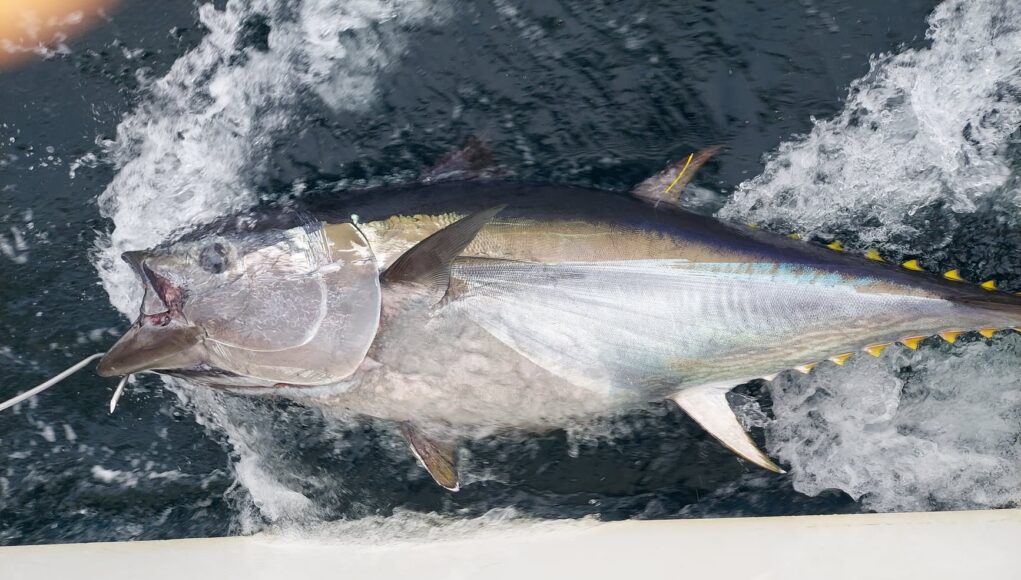 The 2021 bluefin tuna season has been much tougher for skippers than last year’s, with fish being thin on the ground off the south coast and seemingly less abundant in the north.

Tuna.ie are still keeping their 2021 scoreboard ticking over in Donegal Bay though, skipper Adrian Molloy managing four fish to the boat from six hook ups on Friday last and another fish or two on Sunday in choppy seas to bring his season’s total to 80 fish tagged under the Tuna CHART tagging programme. 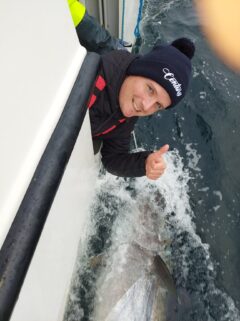 Ewings Sea Angling and Boat Charters fishing from the Sligo side also managed to tag a few fish on Friday – a total of three from four hook ups for them. 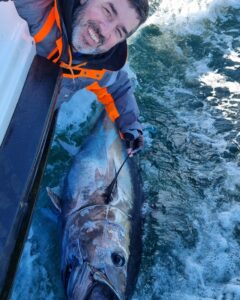 It is unlikely that skippers will reach the staggering figure of 685 caught, tagged and released bluefin tuna from 2020, but there are still a few weeks left in the tuna season so we hope that weather conditions allow for skippers to get out and tag a few more fish before things fizzle out.