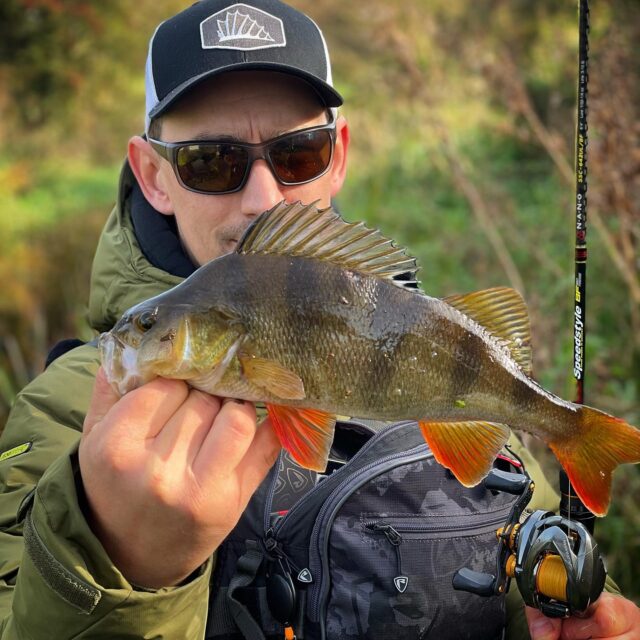 Leinster Perch Anglers Craig Murphy, Alan Walsh and Ciaran Bowers have all been on the perch hunt this week with some stunning perch to show for their efforts. Using light tackle and mini soft plastics fished slow, the lads have each had super fishing.

Craig got out for a half day session and hit tons of well conditioned fish. As he says himself, Irish perch don’t go huge, but what they lack in size they make up for in beauty! Perch are in peak condition at this time of year and while Craig didn’t land any monsters, he got some really good perch up to 35cm.

Alan fished a 3″ Keitech Live Impact on the dropshot and, despite only getting out for an hour, managed to land some stunning, fin perfect fish.

Ciaran struggled for his first hour, but it was just a matter of finding the fish; once he did, he almost had a fish a cast. Plenty of 25cm+ fish fell to his 2″ Easy Shiner before a much bigger mouth engulfed it. At 35cm and about 1.5lb, this was Ciaran’s best perch yet – nice work!

Perch can provide great sport in our rivers, lakes and canals at this time of the year.  Fishing for them with light tackle and small jigs or lures can be great fun – especially for younger anglers and beginners.