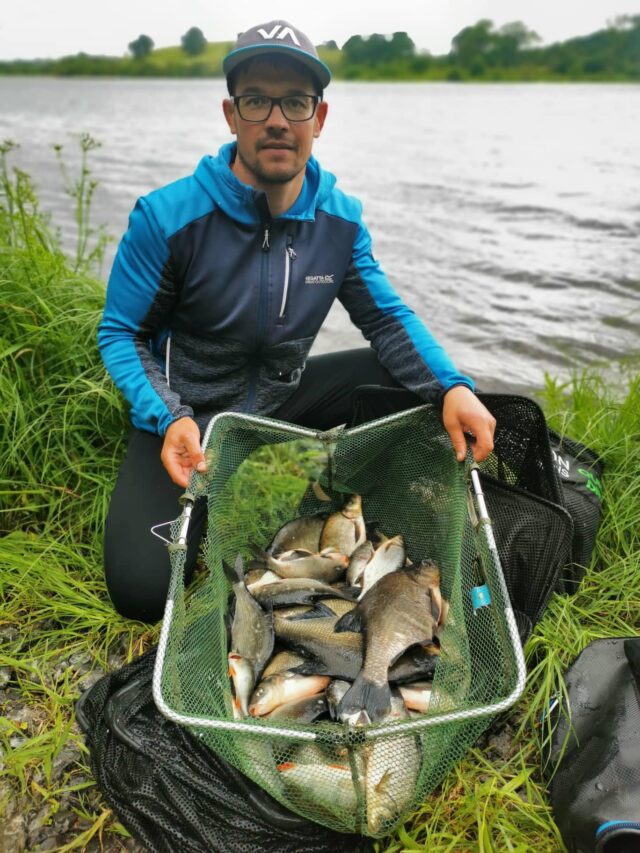 Sunday, June 12th, saw the first Feedermasters qualifier on ever reliable Lough Muckno and it didn’t disappoint, even though participation was reduced to thirty three anglers due to a number of other pre planned events.

Three sections were used, including Concra upper, a section that was won with 6kg plus  by Peter Horbinski our first 2022 qualifier. Black Island yielded quality nets to several quality anglers, with a number over 20 kgs, but topped by a mighty 41.560kgs from star angler, Mantas Tam. This is certainly one of the best early season weights from Lough Muckno in some time, especially over 5 hours and from a virgin peg, in early June. Surely top angler Andrew Cooke, with his fine 21 kgs just 5 pegs along was shocked, when he witnessed the super winning weight of Mantas.

Darren Fairhurst didn’t disappoint once again; he won Section C, Yellow Island, with a big weight of 15.540kgs to see him through to the grand final.

Well done to all anglers who competed in testing conditions which yielded commendable performances and fine weights throughout – especially with some magnificent bream on many pegs today over the length of the western shores of this great lough.

With the roach now also returning in great numbers the fishing will again this year make for some of the most prolific and engaging competition in these islands.

Anglers who qualified are: