Wow wow and wow again. We fished our final Cork Sea Angling Club competition today at Long Strand, it was for the President Cup. On the way down the weather was perfect not a breeze but as we walked across the sand dunes we could hear the madness. The waves were smashing the shore and all I could think about was how the hell am I putting up the tent in this and how many bass will we get.

I fished peg number nine, end peg, next to Eric Gosnell and I imagined being here 50 years ago for the Munster Open when he fished it with Andy Corbett for the same cup. As the whistle blew I casted a 3 hook flapper size 4 hooks loaded with week old razor fish about 40 yards and left it for about 20 minutes. There was no point looking for bites. As I reeled in I felt a knock and my brain went eeeeeeekkkk! As I reeled I felt another pull I knew I had something –  35cm flounder. Delighted!

I had a sneaky look down the beach to Mark Gargan and Noel Cashman we were fighting for 3rd place. After I caught the flounder Pawel Kurowski had a 27cm flounder. Then Eric Gosnell reel in a 33cm one. I had another at 34cm and then Brendan Mack landed his 33cm flounder.

There were 9 anglers fishing and we had 5 flounders, 3 or 4 weevers a few under size flounders. Martin Fitzgerald had a lovely 46cm sea trout which went back safe and sound. Winners were… 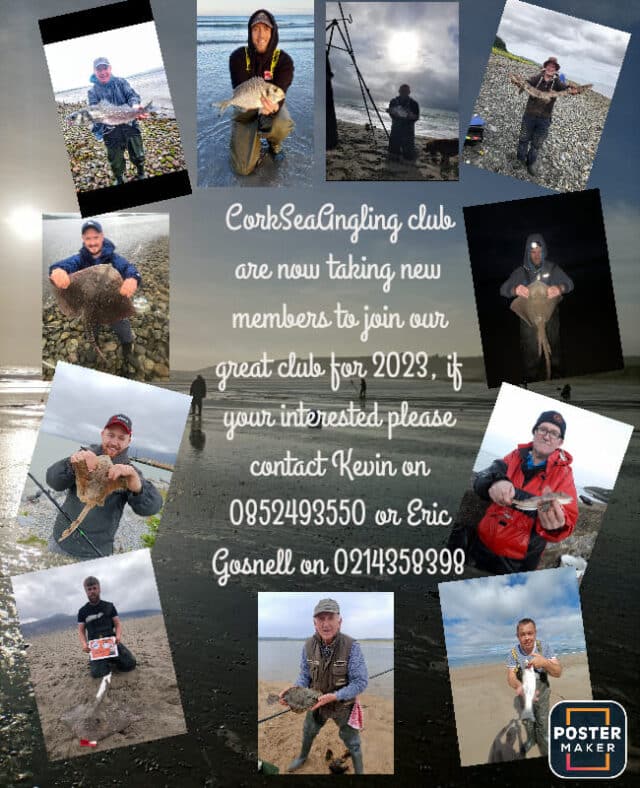