Fishing in Ireland – Catch the unexpected
Home Perch A re-think of strategies as Steven goes in search of Pike and...

Steven Neely  of Rookie Bass Angler tries to coax the fish and tells us how he got on :

Maybe it’s wrong to place such high hopes on a location based on previous experiences but we had a game plan for the weekend to launch the kayaks and work some very specific little bays which we knew, on past sessions, produced some quality sport.

For once the conditions looked pretty solid, we had a nice wind, throwing a decent ripple on the lake, it was a mix of sun and cloud and given the previous months, we couldn’t complain. 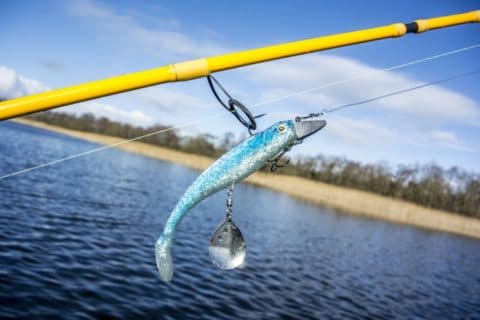 We had only been on the water for a few minutes when we saw the first signs of active fish … a pair of pike were driving bait to the surface and slashing throw the shoal, killing and generally causing carnage.

Despite several casts in and around the commotion with carious lures they didn’t seem in the mood.

So we moved on – it can be easy to get fixated on fish which are showing but if they aren’t having it then you need to just push on in search of more obliging fish. 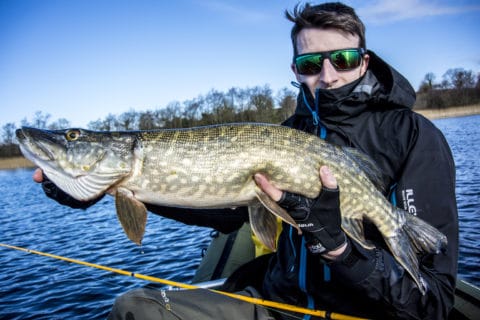 We nudged up to the next area and started to work a variety of shads / eel type soft baits – expecting to be into some pretty quick spot but that wasn’t the case either! We had a few very timid plucks but no convincing takes.

What was going on!? This time last year it was crawling with fish … Water temperatures? Pressure? Spawning locations moved? Really not quite sure what the reason was but whatever the reasons it was just not happening.

So we flipped the game plan on it’s head and went hunting for fish in deeper water … needless to say the wind began to pick up and conditions started to deteriorate.

I rigged up with an Illex Dexter Shad 150 (Blue) on a 21g jig head and added a spinning blade in an attempt to add more flash due to the worsening water clarity.

A few casts and nothing and then on the next cast I had just closed my catch when the lure was ravaged on the drop – fish on! 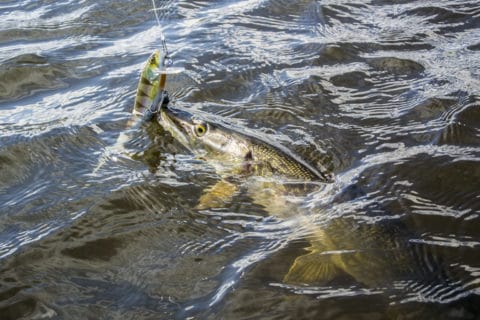 It wasn’t a beast but on a slow day like this a modest 7lb fish was not to be sniffed at – it put up a great scrap and after a quick photo we got back at it … had we found the fish? No, we hadn’t! I managed another, much smaller fish, a few casts later using a Flat Bone Clicker (Jointed, hard/soft hybrid lure from Illex) which was fished slightly deeper than intended by the addition of a 10g lead to the nose.

By late morning we made the call to leave and go try a different approach – river fishing. This was a huge gamble as there had been quite a bit of rain during the previous week so it could have been in flood but we had little other choice and rolling the dice seemed a logical option. 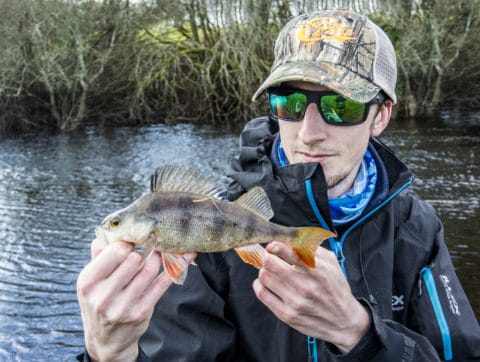 On arrival to the next spot it was evident the river was 2 foot higher than before but we had committed and it was a case of making the most of it. I broke out the perching gear which produced a small perch on the first cast. They came pretty thick and fast for the first hour then things slowed down a bit with brief flurries of activity every now and then.

Collectively I am sure we ended up with 100 + fish … not monsters but considering the morning we had it was nice just to be out and getting some sport.

Not sure what the week ahead holds weather wise but one thing is for sure … I have to go back to the drawing board and re -think the strategies because so far the fishing isn’t following historical patterns … but that’s fishing and I look forward to the challenge! 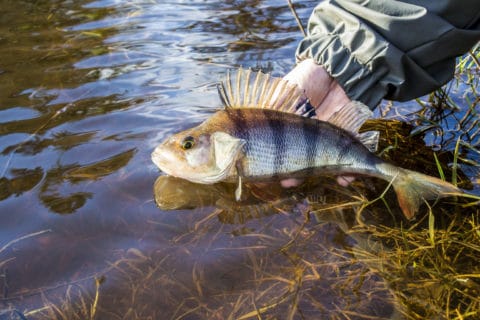