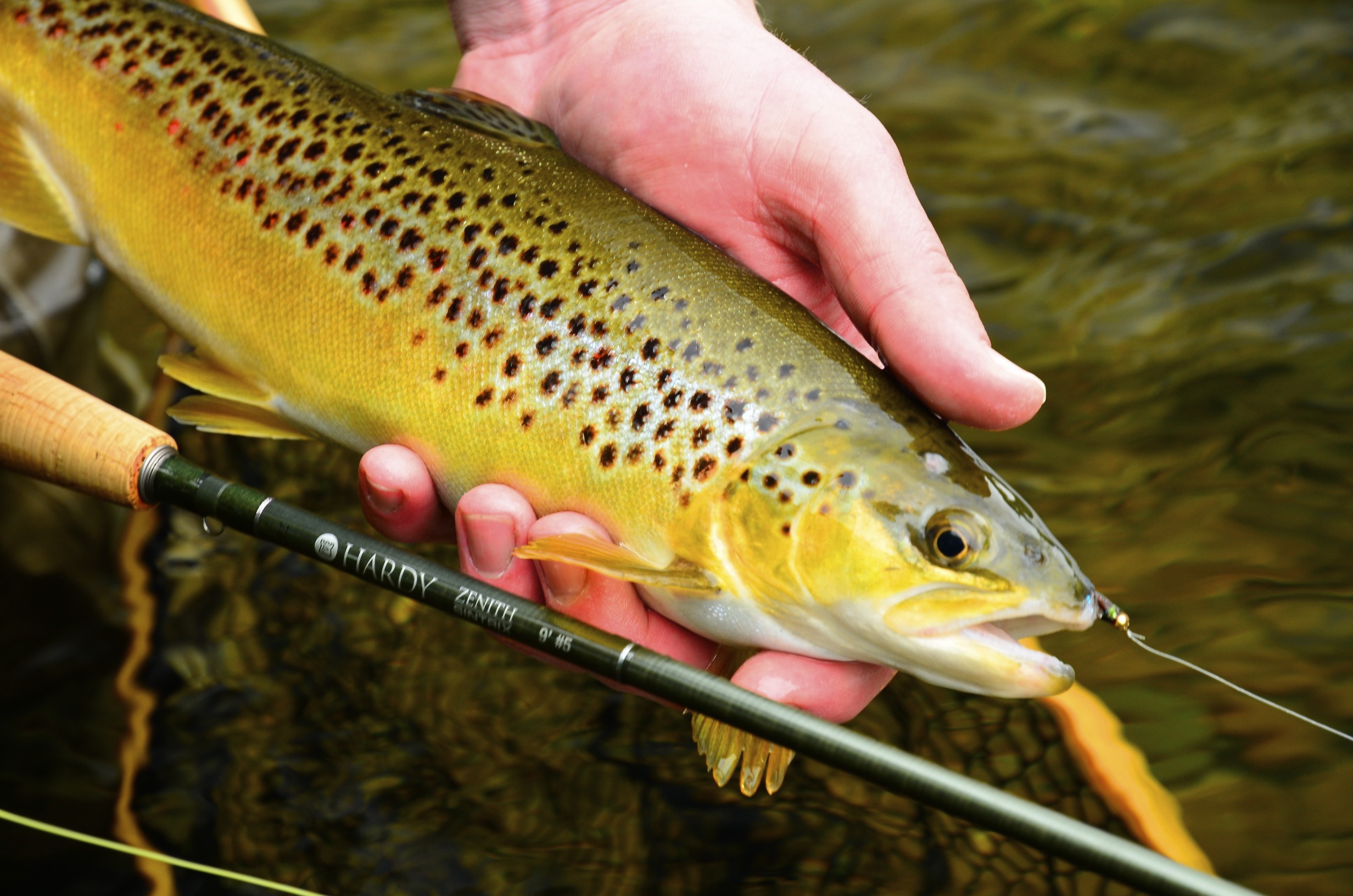 Brown trout thrive in most waters and as such are found well spread over most of Ireland. In many areas fisheries are specifically managed for them; however they are also found in waters containing large stocks of pike and coarse fish. Irish trout come in a variety of forms; Sonaghan, Gilaroo, Harvester, Croneen, Dollaghan, Ferox even Slob and Sea trout. Sonaghan are unique to Lough Melvin.

Gilaroo favour loughs and rivers with a good and healthy population of freshwater snails and shrimps such as Lough Mask and Corrib.

Harvester, Croneen and Dollaghan are large trout that run from some of our large loughs up tributary rivers and streams from July onward. These fish grow to an enormous size with Dollaghan of 15lbs plus not unheard of. Harvester trout generally associated with Lough Erne, Croneen with Lough Derg and Dollaghan with Lough Neagh. They can all be seen as the same type of inland sea trout.

Ferrox are to be found in some of the larger loughs feeding on char and other fish. Loughs Melvin, Corrib, Ree and Derg are well known for these large predators and are often taken by pike anglers as a by-catch.

Rainbow trout (Oncorhynchus mykiss) are also found in Ireland, the majority restricted to small ‘put and take’ lakes. Native to North America they were not stocked in Ireland until 1899. They are fast growing; in Lough Acalla for example they have been recorded growing from 4oz to 4lbs in just two years. They are short lived, living for 3 or 4 years although triploids (sterile females) can live for 7 to 10 years.

The official Irish record trout (Lough / Lake) has stood for a long time, it is held by William Mears who took this leviathan of 26 lbs 2oz from Lough Ennell in 1894. It must be said that few anglers would be surprised if something even larger were to come out of one of the big loughs such as Corrib, Mask or the Erne in the near future.

The record for rivers is somewhat smaller at 20lbs. This was taken by Major H. Place on the River Shannon on the 22nd February 1957. The fish was caught on a slotted silver Devon minnow.

Large trout are quite regularly taken e.g. Steven Walkden took a trout of 17lbs 5oz from the Cong River in July 2007 on a salmon fly.