Scotshouse Pike Anglers Club held their Open Pike Competition on Sunday 15 April. There were 29 anglers fishing the event in windy conditions and an impressive 126 pike were landed and plenty more were lost. The fish were not huge but a couple of doubles were caught. Heaviest fish went to Chris Maguire of his 10lb 2oz pike and Peter Sheridan had a fish of 10lb even. 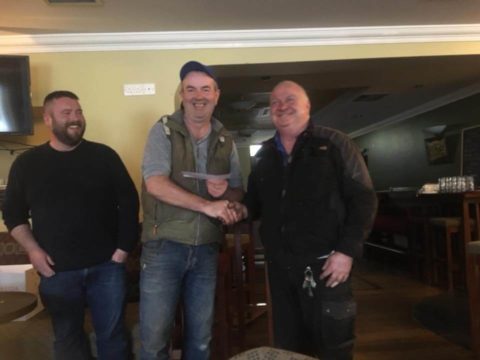 The Scotshouse club would like to thank Eamonn Mc Kenna of Scanbiz who kindly sponsored this every year.

The Irish Federation of Pike Angling Clubs (IFPAC) is a body representing pike anglers in Ireland, North and South.The IFPAC was founded on 17th January 1988 at a meeting held at the Ardboyne Hotel, Navan. The membership for that year stood at fifteen clubs representing six hundred anglers, today membership of IFPAC is approaching 100 affiliated clubs representing in excess of seven thousand anglers from all walks of life.