When you see photos of anglers fishing on charter boats in their t-shirts in mid-November, it’s a sure sign that we are experiencing a prolonged mild spell this autumn, and mean air temperatures over the past week have been up to 3.5 degrees above average. The rain has been holding off too, with most places recording a drier than average week, particularly along the east coast. The dry weather is set to continue over the next week, but colder weather will take hold over the weekend, so today would be a great day to be out chasing a few pike, as they are well known to become active ahead of a cold front coming in…

And pike anglers were pretty active over the past week as angling clubs have been continuing their competitions, and guides have been getting some nice fish for themselves and their clients. Last weekend, Keady & District Angling Club took a trip to Lough Muckno with anglers travelling from far afield to fish in their Fergal Donnelly Memorial Cup. Fishing was patchy during the day, but there were some decent fish caught, including one of 18lb 10oz for Dominic McClosky, which won the day for him.

Kevin Lyons of Melview Lodge welcomed some regulars back to Longford during the week. Initially, they were faced with higher than expected water levels, meaning some of their usual spots were unfishable. But Eddy and Ivan stuck at it, and over the last three days of their trip the water levels started to drop, the pike came on the feed, and they bagged some quality fish up to 105cm. They are already looking forward to their next trip in April 2022. Bodo Funke of Angling Services Ireland took a break between guiding sessions last week, and decided to target some pike on the fly. Paying attention to the fish finder allowed him to zone in on the likely spots, and it paid off as he landed a pike of 105cm, a cracking fish on a fly rod.

Simon Gibson from Guided predator Angling held a raffle recently with the prize of a day’s guided angling for the winners. Benny McGuinness won the raffle and brought his brother Gary along for the day. It seems their luck didn’t stop at winning the raffle as the guys made the most of their day out, managing to land three pike for three meters along with plenty of smaller ones. The epic day was captured on video and wins this weeks Catch of the Week. 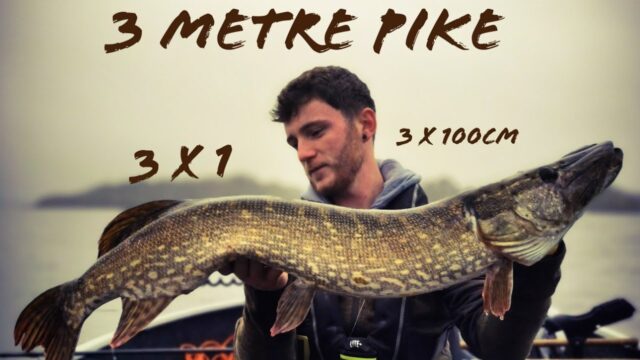 Many coarse angling clubs are busy holding winter leagues at the moment, and the C/M Lakelands Feeder Club were up on L. Muckno last week. It seems the mild weather had the fish in a hungry mood, and there were some hefty bags with the top spot going to Robert Ziltas with a super bag of 10.77kg. Up on the River Erne, the Erne Anglers continued their winter league as 34 anglers turned out to fish a fast and clear running river. The top spot on the day went to Paul Smith, who won the match for the second week in a row, using a 6-meter whip to land 9.9kg.

Sea angling clubs can also be busy at this time of year, with plenty of shore angling competitions being held on our beaches. Cobh SAC has announced the dates for the Munster Light Lines League 2021/22, and those that are interested better get their names in early as places are limited. One of the most prestigious competitions on the Irish circuit is the Munster Closed Shore competition which was held over three sessions at venues around Youghal last week. Fishing was tough, and anglers had to work hard and adapt to score well, but after three challenging and varied sessions, JP Molloy came out on top and landed the trophy.

Warm water temperatures for the time of year have led to continued good catches for Killybegs Mariners SAC, with ray, dogs, flatties and poor cod all turning up for bait anglers while light lure anglers were having success with some good quality wrasse. The same warm water temperatures seem to be responsible for an extended angling season on the east coast as anglers with Wicklow Boat Charters have been catching some excellent late-season fish, including tope and spurdogs to specimen size, all while wearing t-shirts in the balmy November sunshine… Up in the northwest, charter boats in Sligo and Donegal have switched from chasing tuna to targeting cod and pollack and are also finding that the relatively warm water temperatures are keeping the fish active.

For trout anglers looking for a bit of diversion, we have some good news for you as Clonanav Fly Fishing are holding the Munster Fly Fair this weekend, the 20 & 21st of November. There will be fly tying and casting demonstrations as well as tackle sales with many of the top brands. And for some Saturday night entertainment, Peter Driver is continuing his popular and informative live fly tying sessions, with this weeks topic looking at Dry-Dropper or Klink’n’Dink flies, setups & tactics.

It’s getting close to Christmas now, and we’ll all be wracking our brains to come up with presents for friends and family. For those with an angler in the family, fishing based gifts are always welcome but not always easy to choose. So it helps when David Dennis, a top Irish angler, brings out a book telling the story of his angling life, packed full of tips, tricks and tales of a life spent fishing in Ireland and abroad. 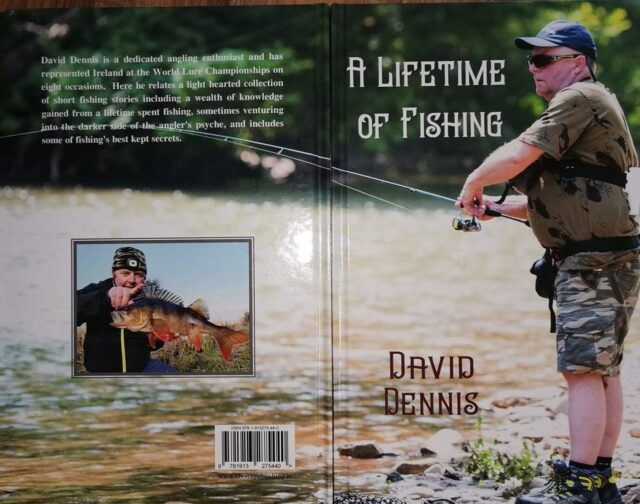 For all those that have an interest in forming communities to help develop our waterways, the Communities Caring for Water Conference 2021 is taking place virtually this weekend, with guest speakers talking of their experiences in becoming involved in projects to enhance our waterways.

We want to remind interested parties of two separate public consultations running at present. The first is regarding the Management of the Wild Salmon & Sea Trout Tagging Scheme (launched 20th October): https://www.fisheriesireland.ie/news/public-consultations/management-of-the-wild-salmon-sea-trout-tagging-scheme

The second is the Consultation on the Wild Salmon and Sea Trout Tagging Scheme Regulations 2021 and Conservation Measures for the 2022 Season (launched 10th November): https://www.gov.ie/en/consultation/3aee7-consultation-on-the-wild-salmon-and-sea-trout-tagging-scheme-regulations-2021-and-conservation-measures-for-the-2022-season/

Friday will be largely dry with a mixture of cloud and sunny spells and a few patches of drizzle in southern and western areas. It will remain predominantly dry overnight, but a band of rain will develop in the northwest, which will move across the country tomorrow, and this will be followed by clearer, colder conditions. Sunday will be cold, blustery and showery, and the outlook for the week is for temperatures to continue cool with some frost expected, but remaining mostly dry.