The Leinster Pike Anglers report on their most recent pike competition:

We held our second competition yesterday after lockdown. Once again it was great to catch up with everyone. There was a good turnout and we fished a river from 10 am to 5 pm. The forecasted rain never showed and there were a few burned faces at the weigh-in.
Fishing was slow and patchy for most…but a couple of anglers found some hotspots and Mark Kiernan’s persistence paid off with 20 fish landed for a bag of 50lb 7oz and a clear overall winner…the podium places were more tightly contested and closer with Dougie Robinson pipping second place with 9 fish for 31.4 getting ahead of Tommy Coffey who also managed 9 fish for a bag weight of 28.2.
Very well done lads and great banter as usual.
The biggest thing I managed to pull from the river was Jay Cooke who got stuck in the boggy margin….but great to see the heaviest fish of the day going to Patrick Nolan 7lb 10oz and his first trip with the club…Well done Patrick.
1st…..Mark Kiernan 20 fish 50lb 7oz
2nd…Dougie Robinson 9 fish 3lb 4oz
3rd…Tommy Coffey 9 fish 28lb 2oz
Heaviest fish Patrick Nolan 7lb 10oz 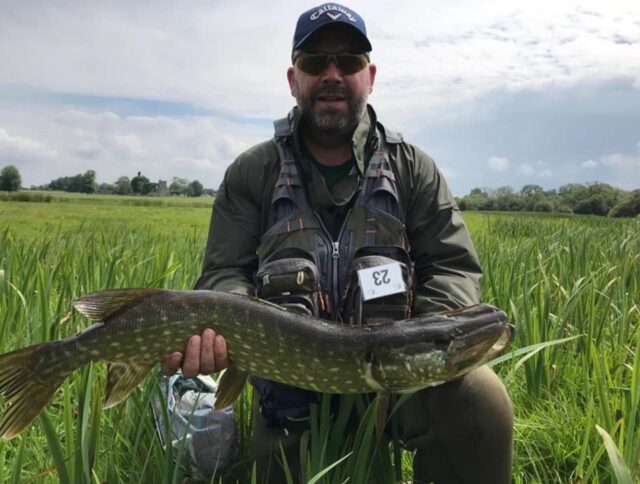 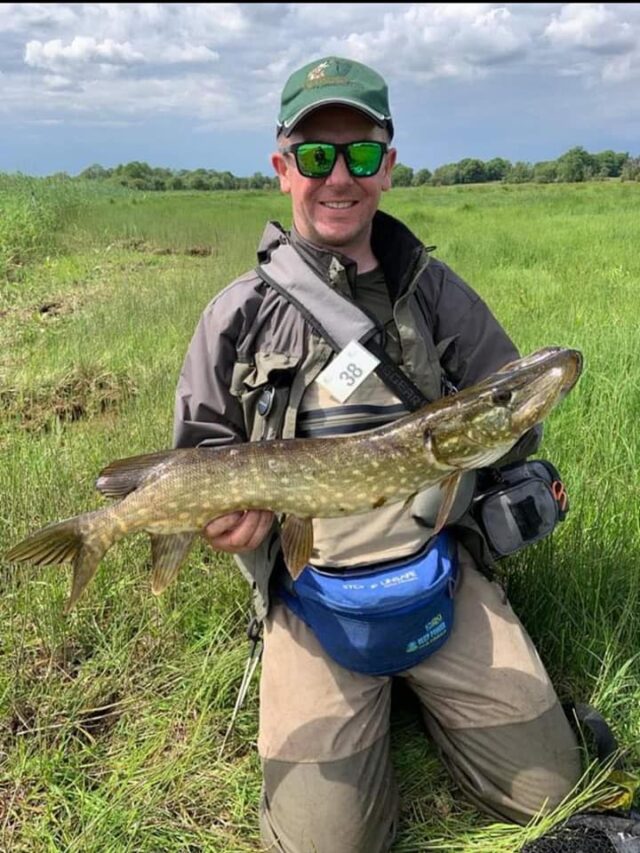 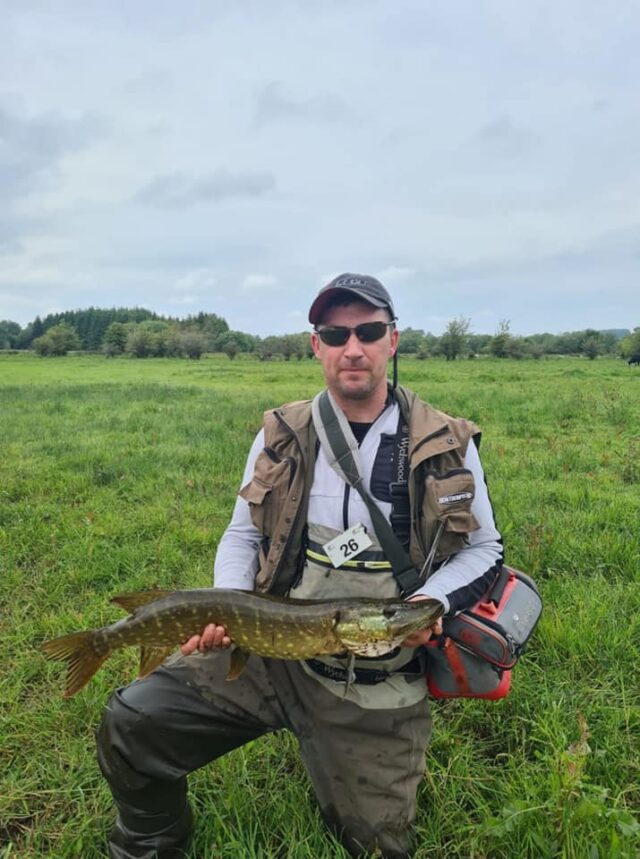