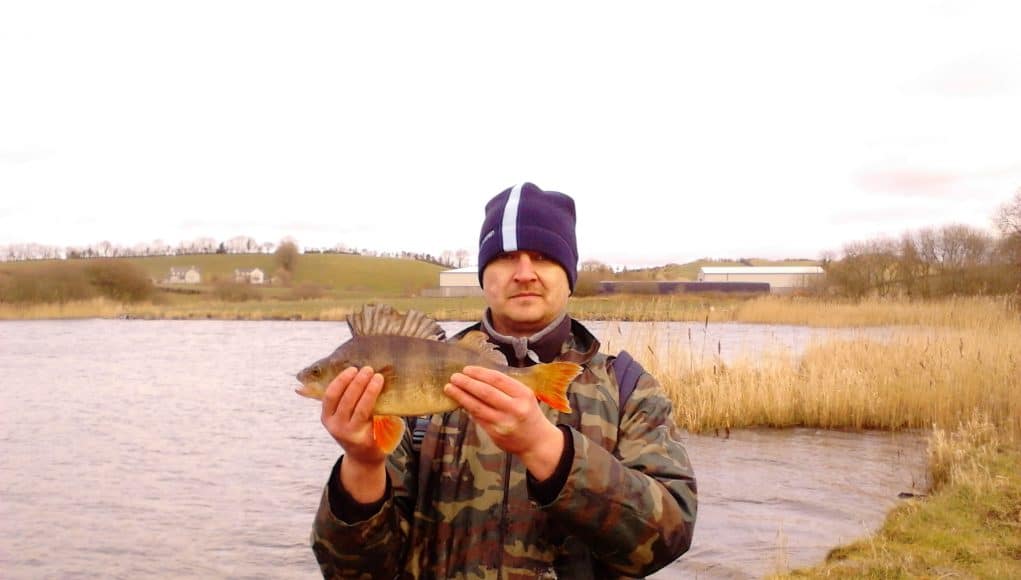 Sławomir Stogowski was fishing with  friends last Sunday at a lake near Castleblaney. Pike were the quarry and the anglers, wrapped up against the weather,  were enjoying  some success.

Sławomir had caught a few pike on a twister lure, a 10cm soft plastic, and then suddenly the rod was kicking again, but not with a pike.  It was a good perch, which when landed measured 42cm and almost 2lb in weight. It comes as no surprise that the fish was taken just off the bottom of the lake.