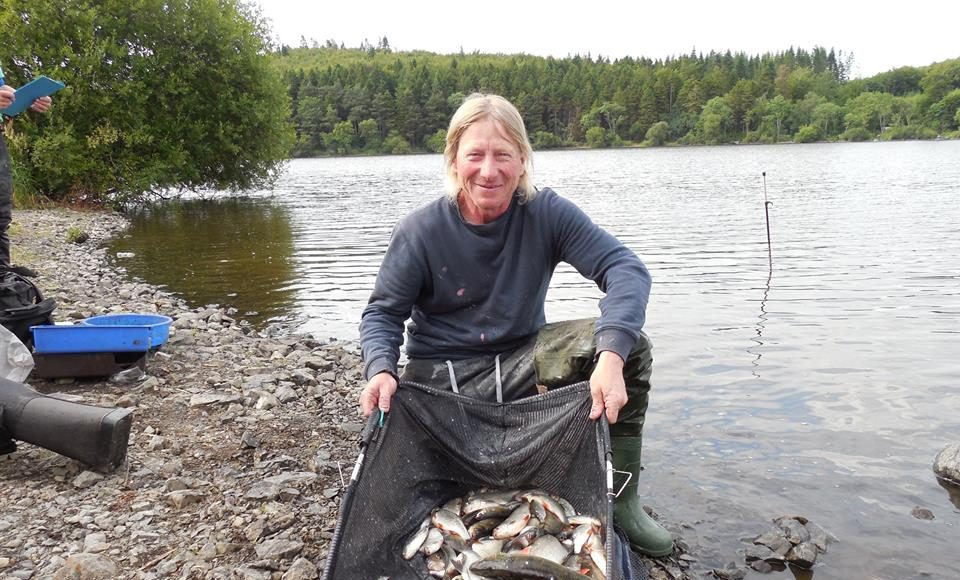 Weights of 18kgs on White 17 kg on Black and 16kg on Yellow Island on Day 3 puts the cat truly amongst the pigeons, when trying to sort out a likely victor in this exciting see-saw, ebb and flow festival.
Lee Klimczuk continues his relentless pursuit of Festival honours with a convincing zone win of 16kg on peg 216 Yellow Island, in a standout performance that parachutes him into a comfortable lead, albeit facing two less fancied sections on the final two days. Who would however bet against him repeating his recent great form, on this, one of his favourite venues where he is most comfortable? 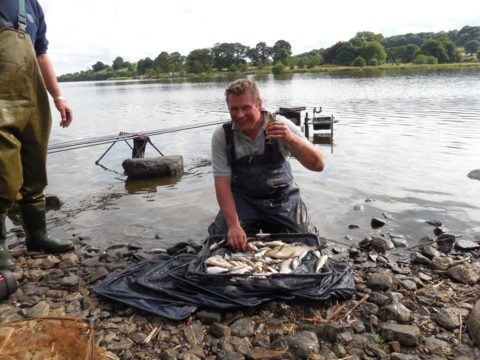 Few know Lough Muckno better than veteran John Clapham and few can exploit the opportunity to stake a claim to top spot better than him. John started his surge today, from an already strong position, with a great weight of 18kgs on White island that saw him soar up the rankings to 3rd place and he is in striking distance, facing two very fancied sections in the coming days. 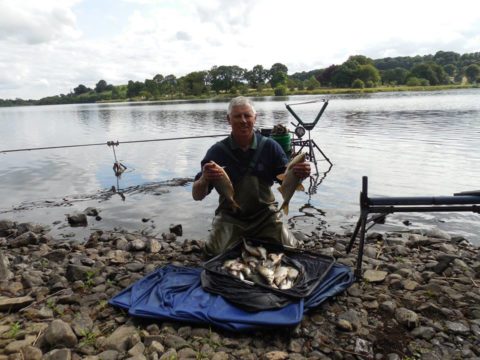 Rob Rowe is holding on in there and with a 10kg plus weight today he commands a strong position in second place, even though with lesser fancied sections to come, he will do well to hold on. His lack of venue experience has not daunted him and he sees no reason not to be confident of a top place finish.
Tony Hopkins is another who refuses to quit and in holding on he has afforded himself the opportunity to strike when and if the draw bag allows, on his last two visit to White Island on days 4 and 5. 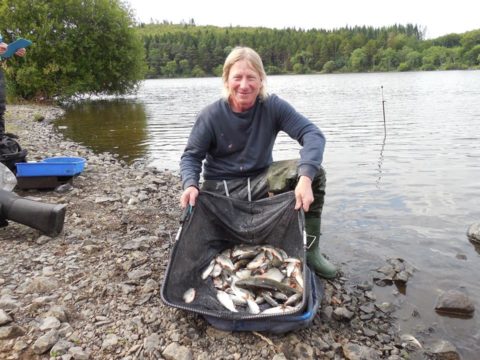 The question was asked “could he walk the walk” and it was emphatically answered today by local favourite Rory O’ Neill, with his 17kg winning weight, of the full Black island sector, by a margin of some 5kgs from his nearest rival. His meteoric rise from 19th place to 5th sees him now, a real contender also.
Neil Mallinson Willem V.D Helm John Fletcher and Stuart Burdiken are creating some considerable jitters amongst the leaders, since they have positioned themselves in pole positions to strike, moving as they are, to the much fancied big weight sections at Black and Yellow Islands.

With big names and big talents in the form of M. Pollard and K. Johnson stalking the leaders, this Festival is still too early by far to call and with the final two days expected to be blusterier, experience and tenacity could prevail with many more stings in the tail expected.