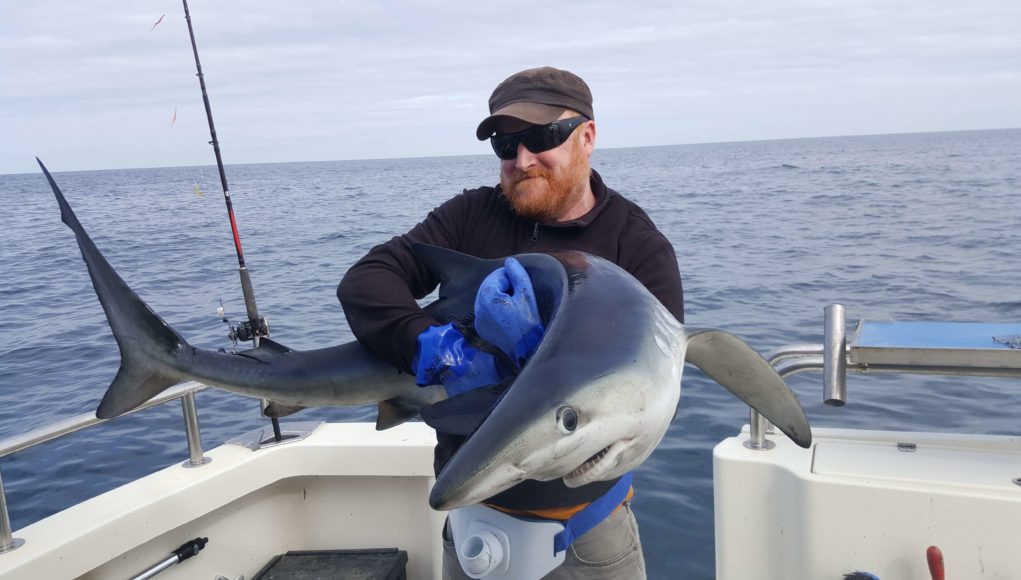 Inshore fishing for Pollack and Cod has been good on most days with ling showing on wrecks. Mackerel have been very patchy with either box fulls or none at all. Hopefully the forecast warmer weather next week will improve their reliability. West Cork Charters had some great publicity last month when I was lucky enough to get a shot of a Killer Whale chasing Common Dolphins offshore so who knows what could be next appearing in our catches?

We took a run out on Tuesday sharking and had 4 reasonable Blues to the boat but the undoubted highlight of the day was Connor O’Reilly’s big Porbeagle, a little over 7 feet long and around 300lb makes it much larger than the Porgies of recent years in West Cork and was brilliant to see. The shots aren’t great as they were from up on the flybridge but the six of us onboard Silver Dawn were amazed to see such a beautiful fish close up. Hopefully it’s a sign of things to come.