Fishing in Ireland – Catch the unexpected
Home Other news Appeal to anglers and fishery owners to report incidences of salmon with... 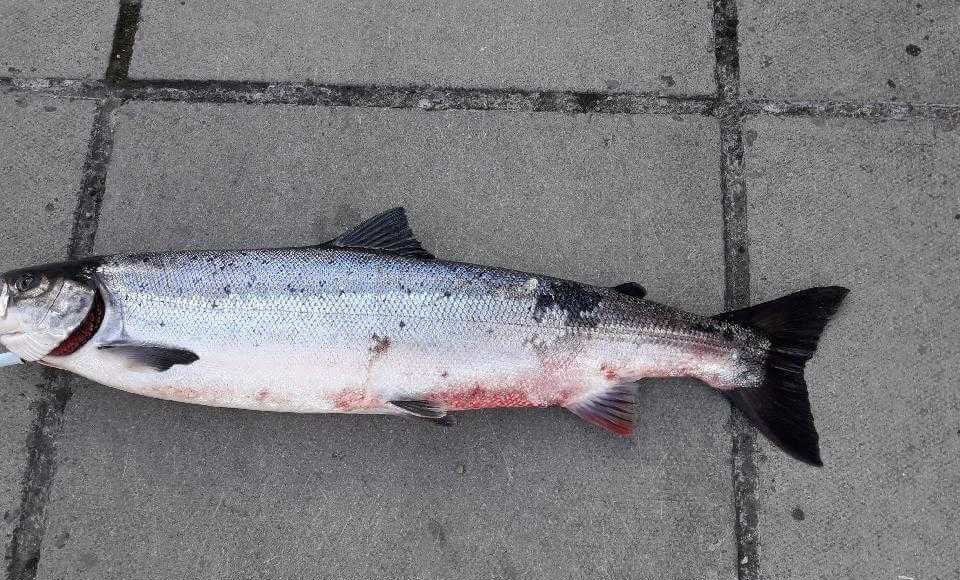 A small number of salmon are returning to Irish rivers with signs of bleeding and skin ulceration, according to Inland Fisheries Ireland. This follows reports of salmon also returning to Norway and Scotland with a red rash skin disease in recent months.  Anglers and fishery owners are asked to report incidences of salmon with rash like symptom to Inland Fisheries Ireland to help determine the scale of the problem nationally.

Salmon first began appearing in Irish rivers with these symptoms in early June and by mid-June, there were reports of fish with ulceration in at least six rivers, both on the east and west coast of Ireland. The salmon who are affected show signs of bleeding, ulceration and haemorrhaging mainly along the area on the belly of the fish and on the head and the tail. Secondary fungal infection normally sets in and may result in death of the salmon.

Inland Fisheries Ireland is working with the Fish Health Unit in the Marine Institute to sample live salmon in affected rivers to determine the cause of the skin disease.  Until the cause of the disease has been determined and the risk of spreading the disease established, affected salmon should not be removed from the water. Any anglers who capture salmon with these symptoms are advised to follow normal biosecurity procedures and disinfect tackle, waders and equipment.

Dr Paddy Gargan, Senior Research Officer at Inland Fisheries Ireland said: “It is unclear at this time what is causing these symptoms. There is some evidence that the disease may become less frequent with rising water temperatures and the problem has been worst in multi-sea-winter fish entering rivers early in the year in Norway and Sweden. There is also a suggestion that the disease is related to a change in salmon diet but this has not yet been established. We are asking anglers and fishery owners to report any catches of salmon with these symptoms to us as soon as possible”.

Anglers are asked to forward any reports and/or photographs to salmonhealth@fisheriesireland.ie or by calling Inland Fisheries Ireland’s 24 hour confidential hotline number on 0818 34 74 24 or 0818 FISH 24.