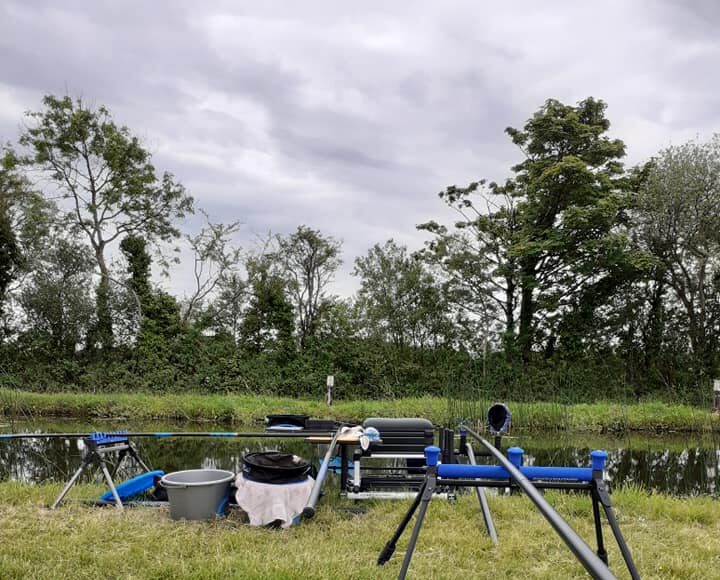 13 June: Belmont Anglers held their first event in months today. Weather was ideal with a lot of cloud cover. The following are the winners

We also had a flying visit from a African grey parrot. We have found its owner who had been searching for the bird for 4 days.

Jason has all the details on his win:

Peg 18 was my peg for today’s match. With a lot of cloud cover I had a feeling it would fish OK and it did. I decided to fish a 10 meter pole line and 4 meter pole line. In the first 30 minutes I hooked a handful of small rudd. Then it went quiet for a few minutes . My float went under and I hooked into a 3lb tench. This was followed by another tench of around a pound a little while later. Nothing much happened for me in the last hour. Possibly introducing casters in the grounbait mix unsettled the fish. But over the 4 hours I had done enough to win the match and win the biggest fish prize which was a €50 voucher from Vivado tackle shop – a great gesture from them.

I decided to give the voucher to the young lad that entered the match to help him add to his collection of fishing gear.

Belmont Anglers would like to thank all the anglers for taking part, including the new people, you were all very welcome.

The next match is in July. Details will be posted nearer the time on their Facebook page.

For details of this and all their news and up coming events check out their facebook page at https://www.facebook.com/groups/1691060974490981