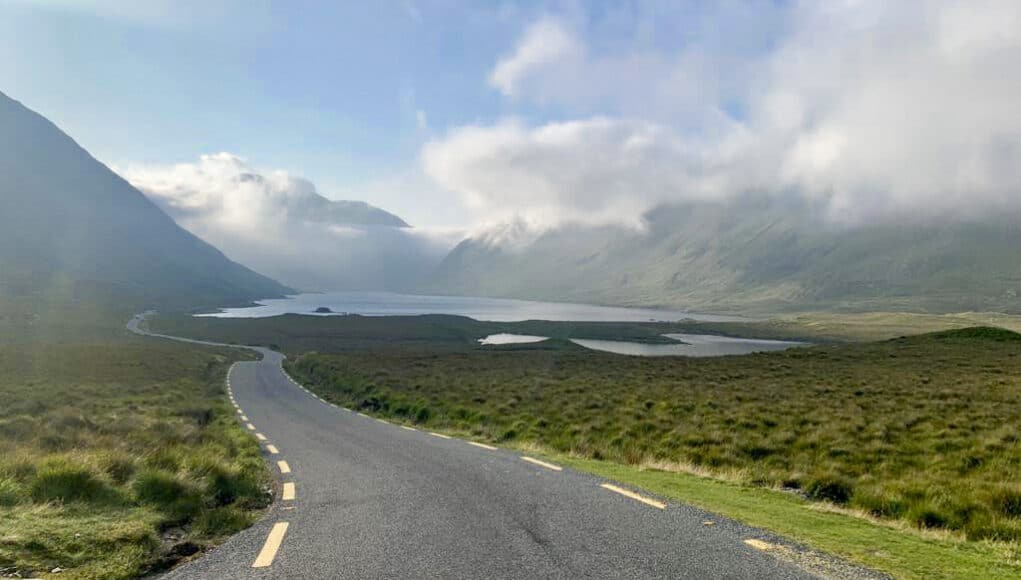 The Delphi Fishery annual newsletter is now available on their website here, a must-read for many salmon anglers who have fished this little gem of a fishery, or those who are considering it.

Fishery manager David McEvoy opens with a summary of a very strange year:

” It was once again a very strange year, with tight restrictions until May and practically no visitors from outside Ireland prior to August. There are many of you reading this, that we have not now seen since 2019 and you have all been missed, obviously for the custom you bring to us but especially for the friendships we have developed over many years. Covid is not going away but hopefully we have found a way to live with it. For those of you who have lost family or friends as a result, I can only extend our deepest condolences and look forward to seeing many of you in 2022.

The weather, as I have often said before has a huge bearing on salmon angling. In that regard, this year was no different and long periods of dry settled weather are what nightmares are made of for the serious salmon angler, especially if it coincides with high temperatures. This year was a record for us as regards water temperature, reaching a high of 25.5 degrees Celsius on the 1st of August. Thankfully within a few days temperatures dropped and the rain finally arrived. What followed was a period of piscatorial bliss, with 61 fish being landed in a week. This helped greatly in bringing our season total to 301.”

The newsletter has detailed summaries of each month. Overall, despite the long dry spells, lockdown and heatwave, the fishery recorded a rod catch of 301 salmon, bang on the 10 year average of 301.9.

The early season was impacted by a strict lockdown, with only anglers living within 5km allowed to fish. Two fish on opening day for David and GM Michael Wade were an auspicious sign, but only one further fish was landed in February.

Good water levels in March would have produced good fishing if more anglers were able to fish, but 8 fish were still caught, including a lovely 13lbs fish from the Rock Pool for Eric Heneghan, whose father Seamus, a long-time Delphi angler had just passed away. Young local angler Iarla Gavin also landed his first salmon on St. Patrick’s Day. 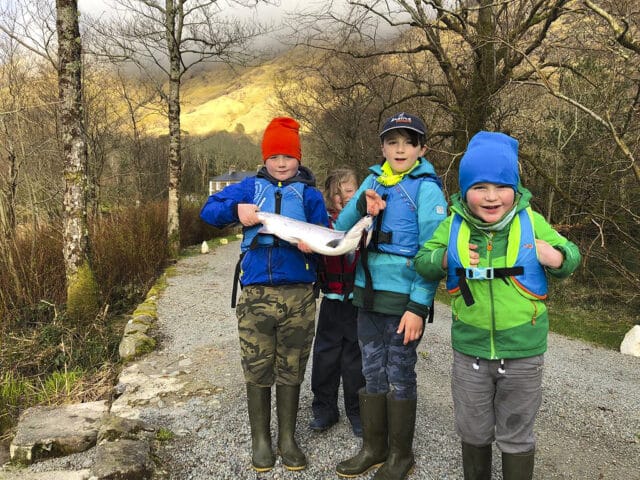 April saw very light pressure, with low water levels prevailing, but 11 fish were landed, including 3 in a day for the Clesham brothers, and a first salmon for Iarla’s brother Finn.

With restrictions eased, and good rainfall, May saw more anglers about, and 20 fish were recorded for the month. The best of which was without doubt Gareth Beattie’s stunning fish of 15lbs from the Turn Pool on a Willie Gunn on the 11th. As is often the case, the average size of the fish in May was up on previous months. Sixteen anglers had fish, with Greg Turley and Seamus O’Neill having 2 each and Barbara Ceillier stealing the show on Glenda Powell’s Fly Fishing Course, landing 3 cracking fish of 9lbs 7oz, 10lbs 4oz and 13lbs 9oz. Grace Wade also managed to land her first ever salmon, a fish of 6lbs 5oz on a Collie Dog on Finlough, ably assisted by her father Michael. 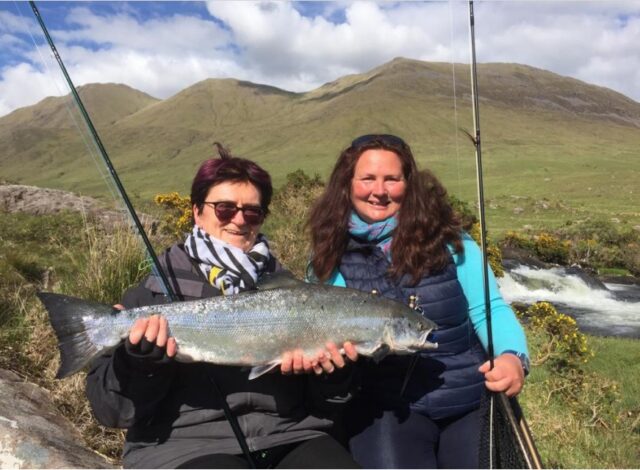 June again saw some rainfall, certainly enough to keep water levels high enough for grilse. With more anglers around, including some experienced veterans, June produced a great catch of 84 fish, including 66 grilse and 18 springers. The early part of the month
up until the 12th saw some cracking Spring fish being caught. The best of these was Wendel Armstrong’s fish of approx. 17.5lbs that he hooked in the Rock Pool and
landed in the Kings on a Badger tube on the 2nd.

July 2021 was a long, fairly dry month, with temperatures increasing as a heatwave hit from the 16th to the 26th. Air temps peaked at 29.2C, with water temps hitting an incredible, and worrying 25.5C. Before this year, water temps had never been recorded above 21.5C! 46 fish were landed, including 40 grilse, with 34 of these in the first 10 days of the month.

Although August started as July ended, with record temperatures, the weather broke early in the month, and it proved to be a prolific month with 99 fish landed. A large number of fish were waiting in the Killary to run, and as the rain arrived conditions, and fishing, improved markedly. There were 8 fish landed in the first five days, the highlight of which of which was without doubt, 12 year old Eabha Jones’ first ever salmon. Having had
many near misses in recent years Eabha persisted with the fly, when many would have reverted to other methods to land that elusive first ever. Well done Eabha! Fishing was very good up to the 18th, when water levels started to drop away, but nymph fishing produced a few more fish thereafter. 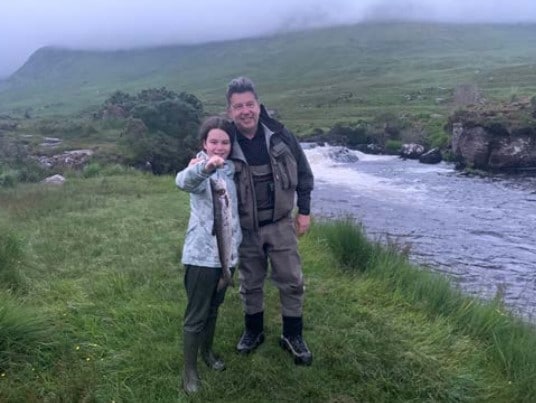 September proved a quiet month, with 30 fish landed and angling effort reduced. Although conditions were decent, fishing on Finlough didn’t pick up as usual, possibly a hangover from the lingering high water temperatures of July. Young Cian O’Malley from Louisburgh and Heather Ritchie, both managed to land their first ever salmon on the 30th.

David signs off: ” Here’s looking forward to a more normal 2022, when we will get to see many of our long term friends and customers again. I would be hopeful that 2022 should be more productive from an angling perspective. Then again one never knows with salmon fishing what a year will be like! In the meantime regards to you all and stay safe”

At Delphi Lodge, with many years of experience with the timing of the best runs of fish, we have in place a price system that offers both great value fishing and lets our anglers know when they have the best chance to catch a fresh run spring salmon or a summer grilse or Delphi sea trout.