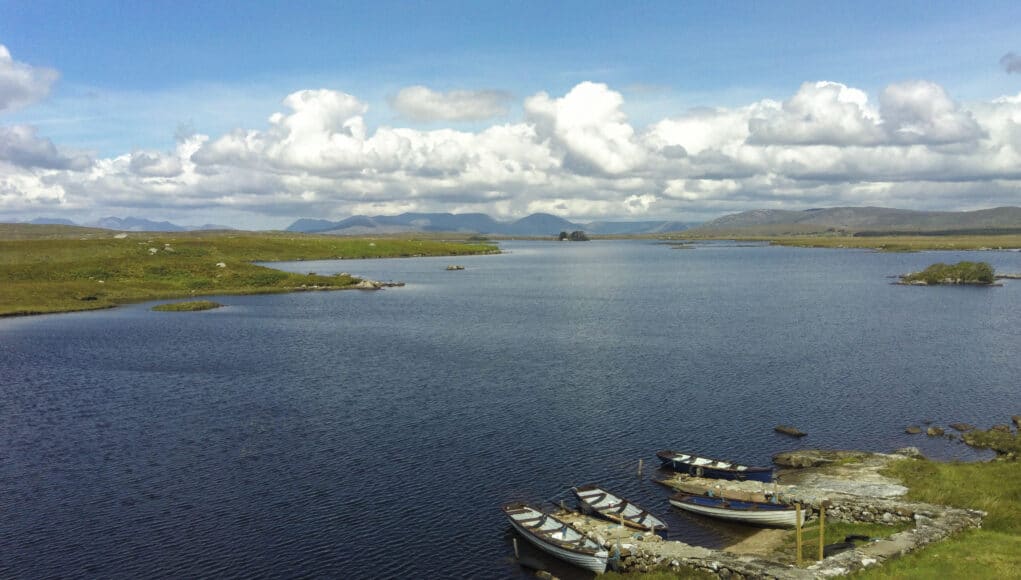 Fishery manager Brian Curran rounds up the 2021 season at Costello and Fermoyle:

This year’s season was very much dominated by the warm weather resulting in high temperatures and low water levels. Early in the season, we had good water levels but no sign of fish until the first  springer was caught on the 31st March. Matters were not helped by travelling restrictions caused by Covid which reduced the fishing pressure. Then low water from lack of rain for March and April prevailed, resulting in poor fishing conditions. Due to exceptional warm weather in July and lack of rain, the fishery was closed for 2-3 weeks. At the start of August rain did fall in the upper catchment but not elsewhere in the system resulting in it taking a week before the water rose in the river and the salmon responded. From the 10th August and for a week thereafter, 13 salmon were landed and most returned.

It was a relief to see a large amount of smolts fill the lower pools from late April and into May and with a subsequent rise in water levels in late May, exit the system. It was noted that some smolts were large and this may have been the result of the smolts not going to sea the previous years of 2019 and 2020 due to high temperatures and a lack of water to flush them out to sea. Because of low angling pressure, not a great number of sea trout were caught but it was surprising that fresh sea trout continued to run, right through to the end of the season.  Because of boats now  on most of the loughs, the fishery can accommodate groups of anglers, associations and angling clubs and barbecue facilities are available at the lunch hut  on the main lough, Glenicmurrin, which can cater for 10 anglers in 5 boats.( use of own outboards/ electric motors is permitted)

The final figures for the fishery for 2021 is 38 salmon, most of them released while 267 sea trout were landed , with a number in the 3-4 lbs range.

Costello & Fermoyle is a jewel in Connemara’s crown, with a short, productive river draining a chain of lakes, all providing quality salmon and sea trout fishing. Salmon run the system from April, with the grilse run peaking in June, while sea trout start in May, with the most prolific runs in June and July. Fishing can be excellent right through September.