With the easing of restrictions a few more anglers have been getting out and about to their favourite fishing spots. As a result one or two extra reports have been received. One such report tells of a very nice brown trout caught over the weekend on one of the midland lakes. And, this was the anglers first outing this season.

According to the angler there were not too many boats around. It was an over cast day with little or no wind. There was a fair hatch of olives while he was there. So he decided to try some of his own olive patterns. This brought success and the fish was caught on a dry olive. The trout pictured below was the best fish of the day. It was estimated to be around the 45cm mark.

Not a bad start to the season! 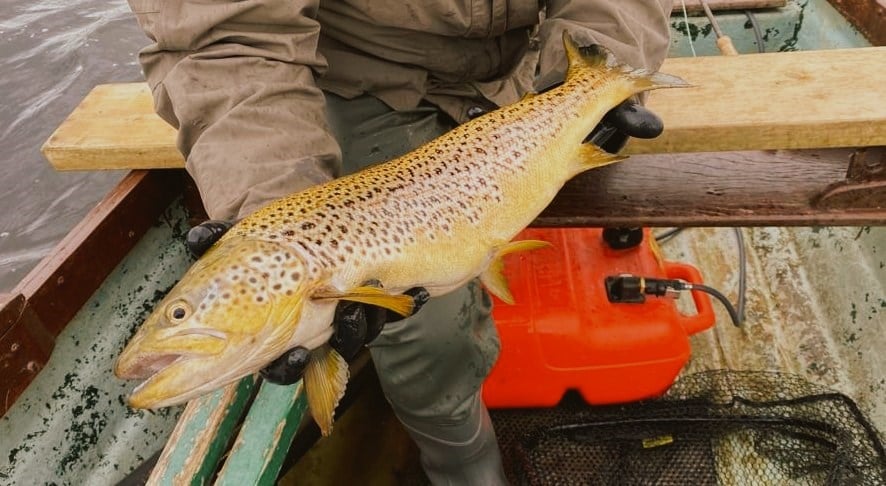 Information on the midlands lakes can be found at the following link https://fishinginireland.info/trout/shannon/

Permits for the Midands Fisheries may be purchased online at https://permits.fishinginireland.info/product-category/shannon/