The vast majority of trout caught on Lough Conn are taken on wet flies when trout are moving near the surface during the seasonal fly hatches but, even in the valley periods, between hatches, it is nearly always possible to attract the attention of a trout to a team of well presented wet flies.

The chief fly hatches of interest to the trout are Chironomids, Lake Olives, Mayflies and Sedges. Other forms of food are Freshwater Shrimp, Freshwater Louse, Snails and various land based insects that get blown onto the water such as Daddys, Sedges etc.

As with all wet fly fishing for brown trout, the greatest success on Conn has traditionally been achieved in the shallower areas but in recent years successful fishing has been experienced in deeper waters where trout tend to feed on Daphnia. The shallows are to be found at a large number of locations around the lough as shown on the map. The northern half of the lough, in particular, is very well endowed with shallow areas. The big shallow bar e.g. Cloghans Bay, Bog Bay and Castlehill Bay can be fished all over and fishing in these areas is possible in almost all wind directions.

Mayflies start appearing around the end of April and, from then to the end of June, some very exciting fishing can be had. All Mayfly patterns fished wet work well and some excellent sport can be enjoyed with dry patterns, especially the Wulff series and the Yellow Fan Winged Mayfly. From 1st July to the end of the season, very little fishing is carried out on Cullin because of the weed and algae growth due to enrichment; it is proposed, however, that this problem will be rectified within the next few years, leading to a full season of fishing on the lough.

This is the period from about mid-March to the end of April.

The trout are mainly interested in a diet of fresh water louse and freshwater shrimp but even light hatches of small Chironomids (Midges) or Olives will encourage fish to feed close to the surface.

The fly patterns most likely to interest trout during this period are Fiery Brown 5 Olive, Peter Ross, Soldier Palmer, Bibio, March Olive, Green Olive, Mallard and Claret, Duckfly, Blae and Black. Claret Dabbler and Golden Dabbler. Of these the Sooty Olive is probably the most effective of all and a Fiery Brown is especially useful in an area where trout are found to be feeding on freshwater shrimp.

Lough Conn has one of the longest mayfly seasons of any water in the country. The fly starts to hatch about 20 May and the hatch continues almost until the end of June. The fly hatch all over the shallower areas and bays but the most prolific hatches take place north of a line from Castlebill to Rinmore.

At this time, wetfly fishing becomes very exciting but the trout may also be taken on dry fly. Dry flies most likely to be effective are Yellow Fan Winged Mayflies and Spent Gnat imitations.

The Fan Winged Mayfly is fished either as a dropper (well oiled) or, alternatively, a cast may comprise just two of these flies cast in front of the drifting boat and fished dry.

In suitable wind and weather conditions, in late May and right through June the Mayflies (Gnats) return to the water to lay their eggs. The trout prey heavily on them as they sit trapped in the surface film. The artificial flies most likely to take trout at mayfly time are Green Peter, Mayfly (Hackled), Fan Winged Mayfly, Bibio, Watson’s Fancy, Teal and Yellow, Olive Bumble, Cock Robin, Claret Bumble, Invicta, Green Dabbler, Golden Dabbler, Claret Dabbler and Spent Gnat.

Trout fishing on Conn slows down in early July but picks up again in August and, depending on conditions, can be very good from then to the close of the season on 30 September.

The fly sizes fished on Lough Conn vary from size 8 to size 12, but size 10 is the most popular and useful size.

Accurate and detailed angling returns are difficult to compile on a water the size of Lough Conn with so many piers, jetties and private access points located around the shore. Each season, Fisheries Board staff record 100-200 salmon and 3,000 – 5,000 trout by carrying out random checks of anglers’ catches. It is estimated, however, that the lough produces 400-500 salmon and up to 8000 trout per Season.

The co-operation of all anglers in the collection of angling returns is requested as this information is vital for the proper management of the fishery. 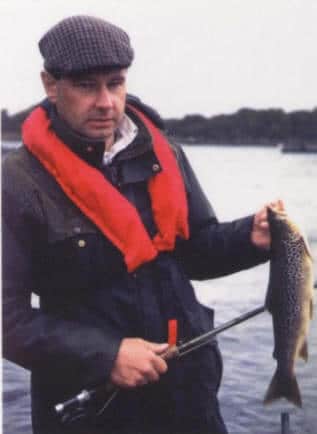 Anglers shelters have been provided at a number of locations around the shore and on islands on Lough Conn. These locations are indicated on the map.

Several trout fishing competitions are held on Loughs Conn and Cullin each year and many of these are open to visitors. Details are available from local angling clubs or from the Fisheries Board.

Anglers are advised to stay only at premises registered or approved by the Irish Trade Board / Board Fáilte; most of these properties display the Board Fáilte approved accommodation sign. For information on accommodation, things to see and do, festivals and events, contact the Tourist Information Office:-

If enquiring from overseas, contact your nearest Irish Tourist Board office.