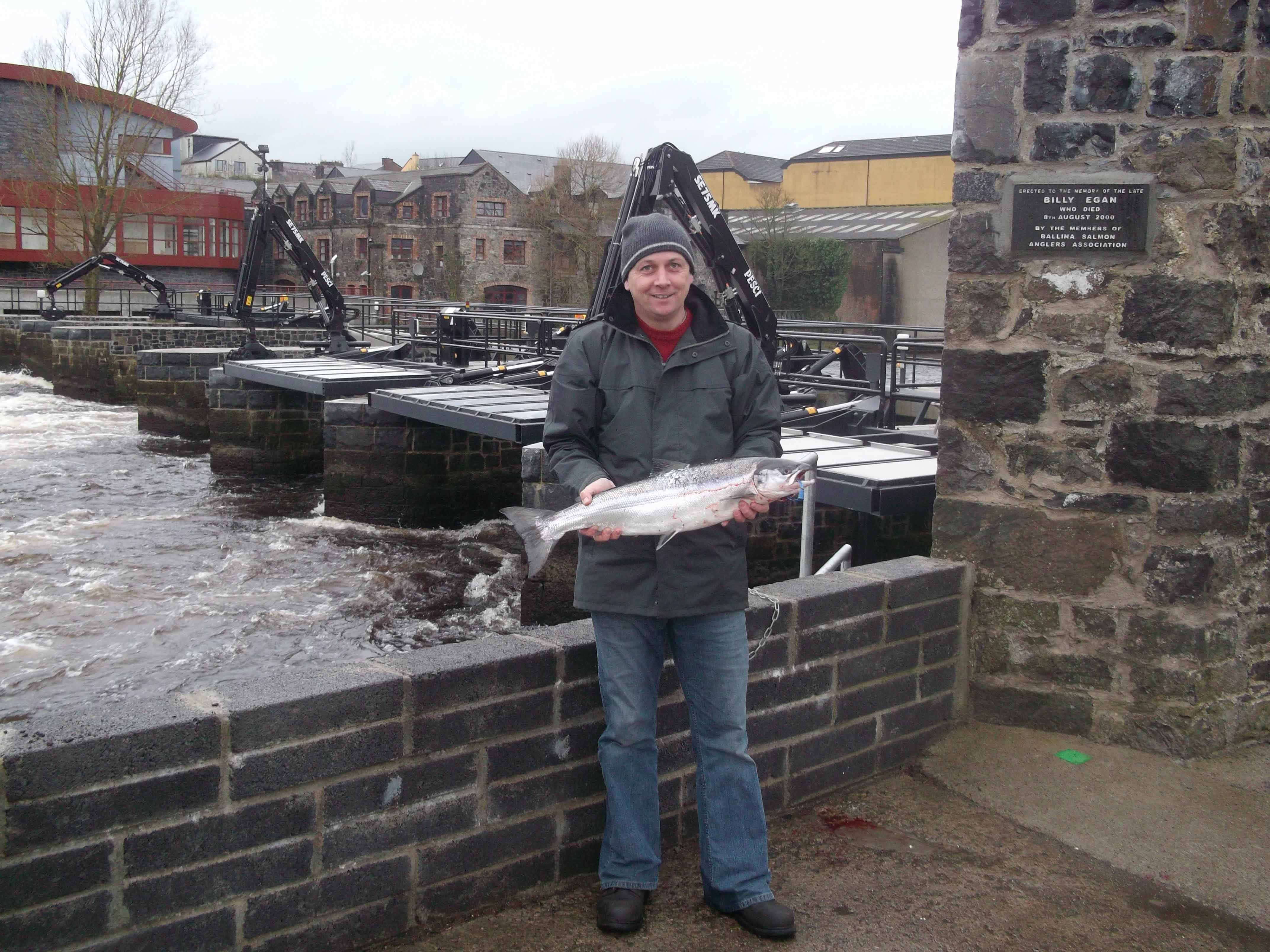 The second and third confirmed fresh run salmon of the season were caught on Tuesday, 6th March in Ballina, just upstream of the Salmon Weir. Ballina native Stephen Ginty, caught a fine 8lbs 12oz fish using worm at around 09.30am. This was followed later in the day by Mark Beattie, Ballina, who caught a second fine springer of 9lbs at approximately 04.30pm. 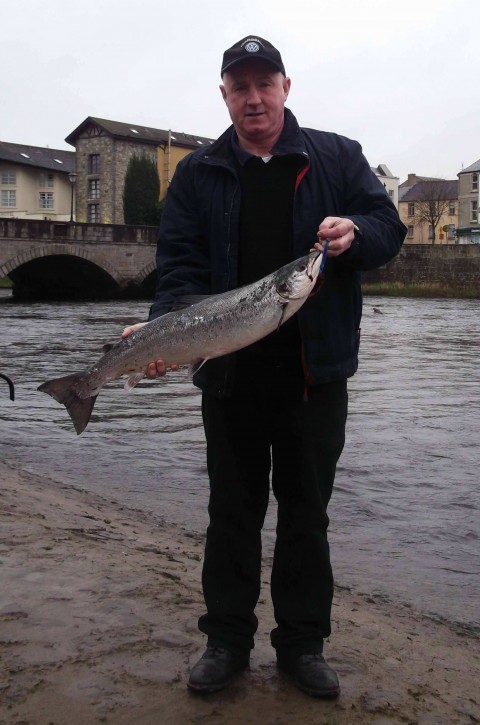 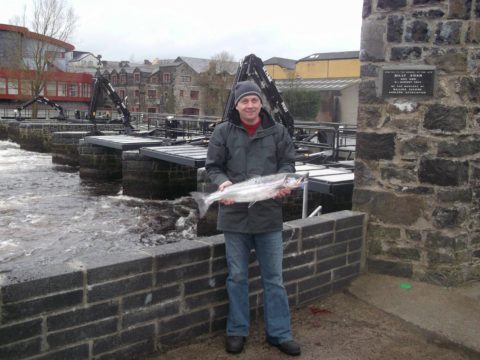 Mark Beattie proudly displays his catch, the second spring salmon of the day from the Moy