Angler Aidan Traynor had a deep river monster tipping the scales at 23lbs.  He reports from the Clare river:

On the hunt for “river monsters” myself and Mike were yesterday on the Clare river, conditions were perfect for a bit of lure casting.   We were into the fish after a few casts with Mike landing the first esox a fish of about 8lbs.    I wasn’t far behind him with a nice jack .  Then things went quiet for awhile until we decided to head for home.  One last cast for me when I felt a big thud hit the lure !   I knew it was a decent fish  and after 15 mins of leaps and deep diving we landed my p.b a true river monster weighing 23lbs.   After a quick weigh and a photo we released her gently back and off she swam into the darkness… 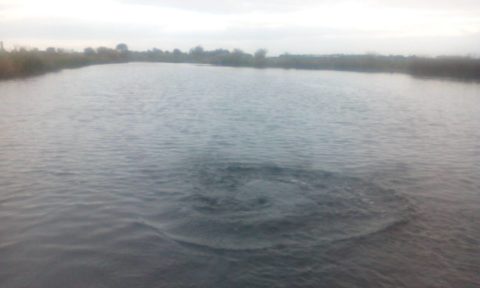