Guide Jacek Gorny of fishingireland.pl made a young customer very happy yesterday with some lovely pike from the Corrib.  Jacek reports:

On Sunday last Jacek tells us it was the last day of the trip for customer Jeroen. Another nice fish for him.
It was a tough week.  Strong wind did not let us fish in many places, but a total of seven fish caught in above of 100cm and a lot of 90cm +… Not bad for two amateurs 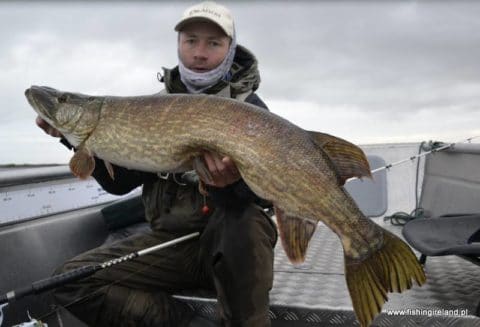 Fishingireland.pl was set up in 2008. It’s foremost goal is to show anglers how amazing Ireland is with it’s waters full of big pike and record sized brown trout.