Fishing in Ireland – Catch the unexpected
Home Pike fishing reports 419 anglers competed for the £11,500 prize in the Waterways Ireland... 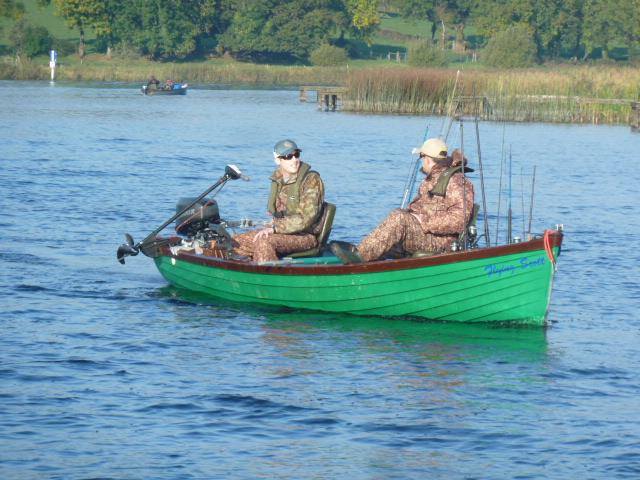 The Waterways Ireland Erne Pike Fishing Classic took place from 16 to 18 October 2015 on Lough Erne with 419 anglers competing for a piece of the £11,500 overall prize fund.

Now in its tenth year, the Waterways Ireland Erne Pike Fishing Classic has been supported and sponsored by Waterways Ireland since its inception. This year’s competition was organised by Erne Anglers Club (affiliated to the National Coarse Fishing Federation of Ireland), Fermanagh and Omagh District Council and the Department of Culture, Arts and Leisure, Inland Fisheries division.

Fishing over the duration of the weekend was good with eight pike caught weighing over 15lb each. The winning weight was 17lb 8oz.

All fish caught throughout the event were returned to Lough Erne unharmed. 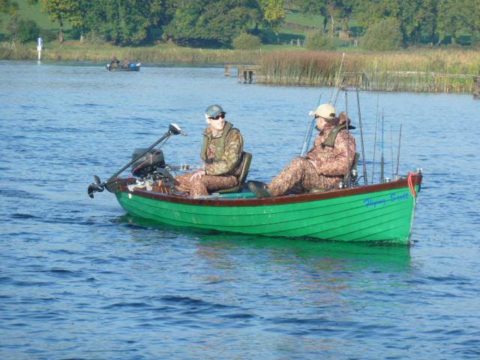 Bank Event
The bank event had 75 entries and took place on various sections along Lough Erne around Enniskillen town centre. Kevin Raleigh from Westmeath took the top prize of £1,000 with a fish weighing 16lb 5oz. In second place, Joe Brown from Limerick won £500 with a fish of 15lb, whilst Fermanagh angler Wayne Holden finished third winning £250 with a fish of 13lb 6oz.

The weekend event concluded with an awards presentation on Sunday evening in the Killyhevlin Hotel, Enniskillen, where Erne Anglers Club Secretary, David Burleigh, thanked all competitors for their participation in the event. Mr Burleigh also thanked the various sponsors for their continued support to facilitate the competition.

“The success of this event has once again reinforced the view of the Council that by working in partnership with other key stakeholders we can deliver events which bring significant benefit to the district whilst making such good use of one the district’s great natural resources, Lough Erne. I would like to congratulate all anglers who participated and hope to see all return next year.”

“Waterways Ireland has supported the Erne Pike Classic recognising the impact on the tourism sector of almost 500 anglers on the Erne in mid October in extending the season. It has been hugely successful in achieving those goals and we welcome all the anglers to return in 2016 and bring some friends!” 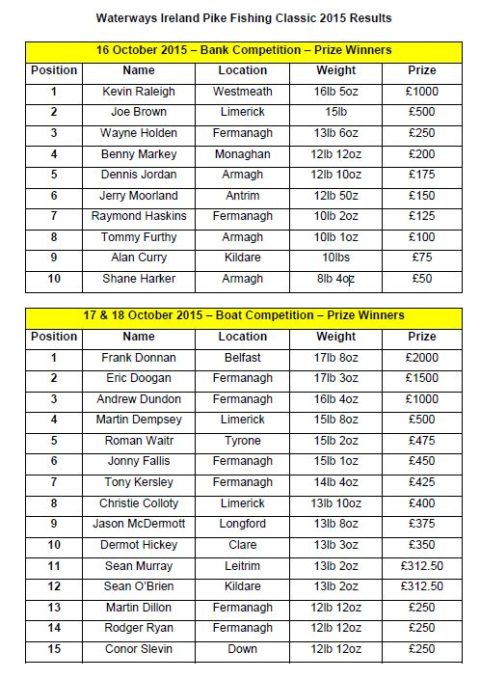