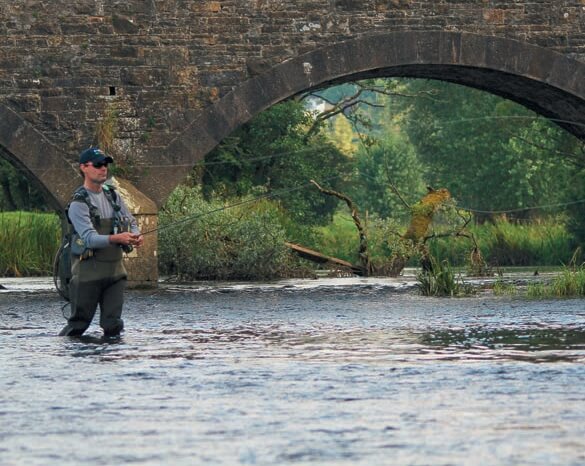 Sean Kyne TD, Minister with responsibility for the Inland Fisheries Sector, has signed off three new angling bye-laws which affect the Corrib catchment in Counties Galway and Mayo.

Minister Kyne said: “The bye-laws, which have been requested by local angling clubs, concern the Abbert and Grange Rivers, the Clare River and the Cong River and Canal and reflect the support of the clubs for the conservation imperative and the sustainable management of the local fisheries resource.   As Minister I am happy to make these bye-laws which will come into immediate effect.”

The details of the new bye-laws are as follows:

Both rivers make a significant contribution to wild brown trout stocks in the Clare River system and Lough Corrib. The new bye-law will afford greater protection to spawning salmonids in these two very important tributaries of the Clare River.

The bye-law extends the closed season for all angling on the Abbert and Grange Rivers by two months to cover the period from the 1st of September until the 31st of March annually.  This bye-law is being introduced at the request of the angling clubs on the Clare system and will act as a vital conservation measure.

This section of river was previously restricted to fly fishing only however this new bye-law will bring this short section of the river into line with the rest of the Clare River. This bye-law was introduced at the request of the local angling club.

This new bye-law permits all legal angling methods on the Clare River from Daly’s Bridge in the townland of Corrandrum to a point 300 metres upstream of the footbridge at Anbally in the townlands of Anbally and Turloughmartin, County Galway.

This bye-law will remove any difficulty in identifying the correct angling season at the extremities of the Cong River/Canal and will afford greater protection to highly prized ferox trout which are known to spawn in the Cong River/Canal. This bye-law clearly defines the upstream boundary between Lough Mask and the Cong Canal and the downstream boundary between the Cong River and Lough Corrib. The purpose of the bye-law is to enable the effective enforcement of legislation governing the open angling seasons for trout and salmon on the Cong Canal/River as these differ from the open seasons for these species on Loughs Corrib and Mask.

Dr Ciaran Byrne, CEO of Inland Fisheries Ireland said: “We welcome the introduction of these bye-laws in Galway and Mayo which will help us to enforce relevant legislation and enhance the resource in the long term. The introductions of these bye-laws follow public consultations whereby stakeholders were invited to input their views and insights into the proposed new regulations. Inland Fisheries Ireland’s Fisheries Officers will now protect these rivers in line with the new laws in place.” 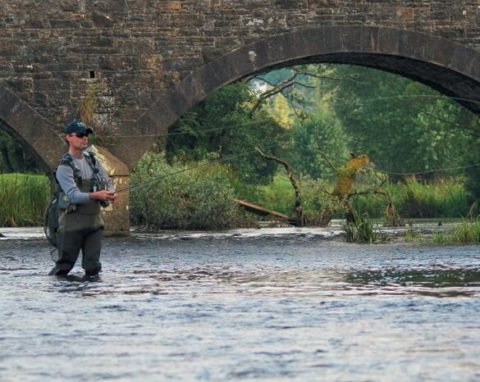 Anglers are requested to familiarise themselves with the details of the new bye-laws which can be found on www.fisheriesireland.ie. Inland Fisheries Ireland has a confidential hotline number to enable members of the general public to report incidents – 0818 34 74 24 or 0818 FISH 24. This phone line is designed to encourage the reporting of incidents of illegal fishing, water pollution and invasive species.