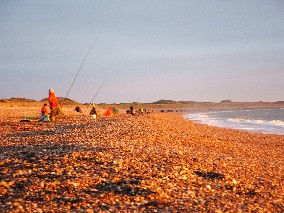 It was a late Spring in Galway, and with high water levels dominating for much of February and March, it was no surprise the first salmon here was late.

Fergal Cormican, a native of Nun ‘s Island in Galway City, but now residing in Rosscahill, Co. Galway was delighted to grass the first salmon of the season on the Weir in 2018. The fish was caught on Friday the 13th, with 4 sluice gates open on the weir. The fresh-run salmon tipped the scales at 4.72 kg ( 10.62lbs ), and was caught on a flying C spinner from the high bank. The fish as is customary was donated to a local charity, the beneficiary this year is Galway Hospice.

Water levels have increased again following Monday’s heavy rain, but anglers are turning up with a renewed sense of optimism now that the first fish is in the book. Late April into May is traditionally a good time for big fish in Galway, so we hope to see some nice springers featuring in reports over the next few weeks.