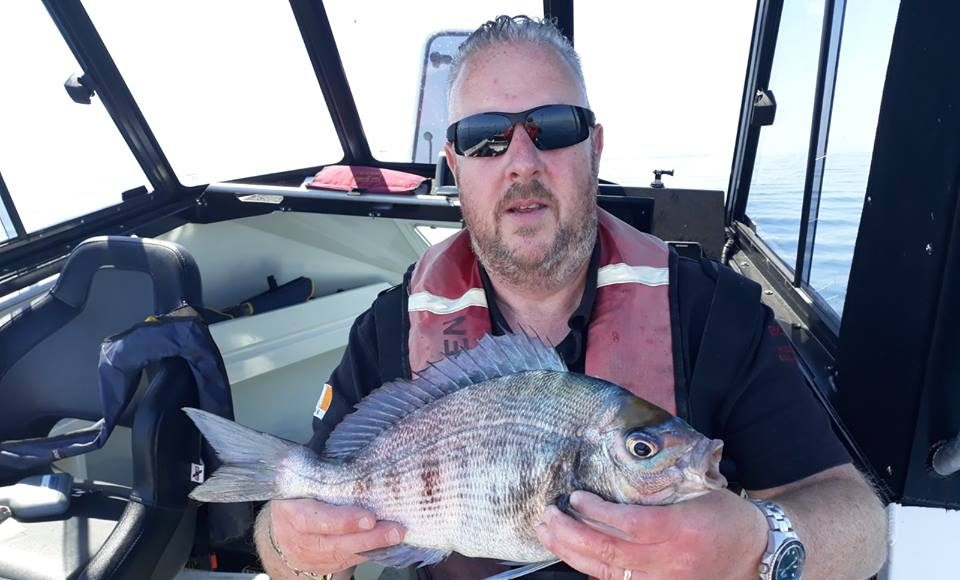 20 July: On hearing of Bream been caught up the country,we set Shock-waves in search of Bream off the Wexford coast. Day one I was joined by Paul Twomey. It was a day where all fishing was patchy with mackerel non existent. We got a nice Huss and a few nice Smoothound and eventually found the Bream.  Paul had 3 specimen bream one of which was a right clonker. As soon as it started it switched off.

Not to be too hard done by the next day I was joined by Barry Murphy. Again we were in search of black bream. I was another patchy day. We had 3 mackerel to the boat with lots of coalies, launce, dogs, smoothound, cod, pollack, gurnards before we eventually hit the Bream again. The settled weather paid off. We had a few undersize Bream but Barry had 2 specimens and I had another 2 specimens to end the day.

Not a bad couple of days fishing aboard Shock-Waves with 7 specimen black bream to finish our Wexford trip.