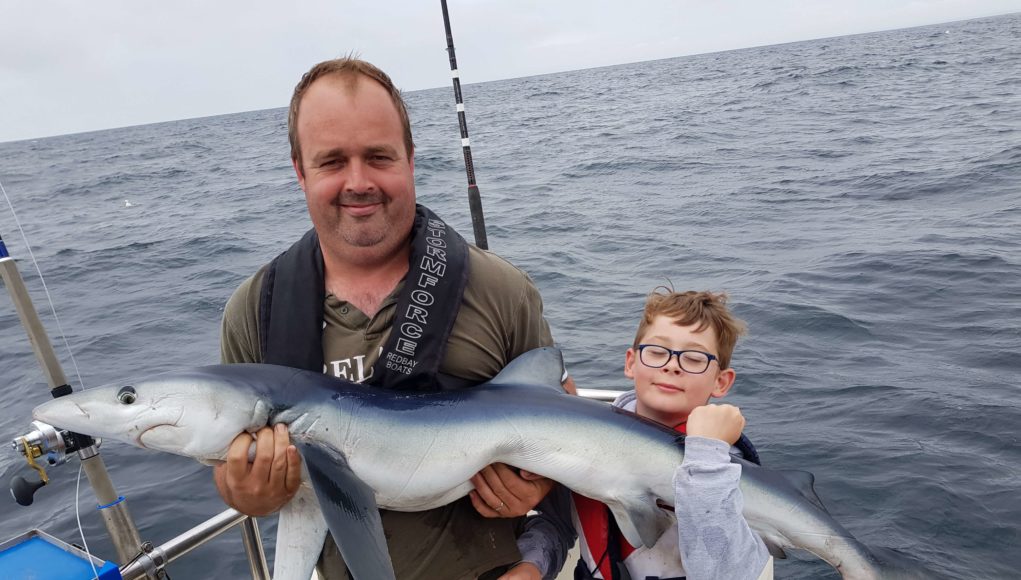 Inshore fishing is fairly consistent with mackerel generally showing on most trips and anything up to 15 species throughout the day. Cod up to 6lb inshore and Ling up to 20lb offshore have shown and drifting out wide is producing Blue Shark to specimen size and we’ve also had our second large Porbeagle of the season.

Blues are not as plentiful as they were this time last year but we our last two trips have seen a slight improvement with 8 and 9 fish coming to the boat. Wednesday was a great day as 10 year old Stephen Schwartau caught his first shark as did 69 year old Paddy Walsh! Ian O’shea came out of the day with the largest fish though.